The Evolution of 3D Character Design and Animation on Desktop Computers

The Dawn of 3D Character Design and Animation 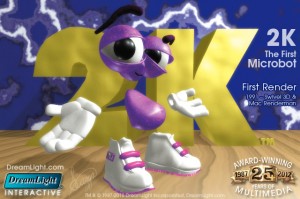 The 3D character design and animation of this character evolved over many years and throughout many different research projects at DreamLight. It was initially conceived as a 3D character for interactive animation at the dawn of desktop based computer animation back in the 1980’s. Originally named 2K the character was designed with disjointed floating components for easy pre-rendered sprite animation in Macromedia Director that would be possible on desktop computers of the day such as the early Apple Macintosh. The first 3D version of the character was built in Swivel 3D and rendered in Mac Renderman where I had to hand code the shadows in the RenderMan Scene Description Language – RenderMan Interface Bytestream (RIB). 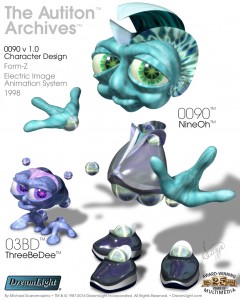 in the 1990’s 3D CGI desktop animation software had progressed to be able to handle the deformation of seamless 3D meshes using bones. So I designed a more advanced version of the character that combined both organic and geometric parts as can be seen in the sketches done in Fractal Painter with a Wacom tablet. I also renamed the character from 2K to NineOh [0090] (Using a 4 digit hexadecimal nomenclature). I then built a new version of the character in Form-Z using metaballs (metaformz) for the organic parts and spline cages for the geometric parts. Notice how the hands in this version are seamless where in the previous version they were segmented.

At this point I also created some 3D character animation walk cycle tests in Electric Image Animation System using bones and inverse kinematics for both of the characters 0090 and his sidekick 03BD. I used these early tests to explore how the two footed frog like character 03BD and the three footed 0090 might walk. 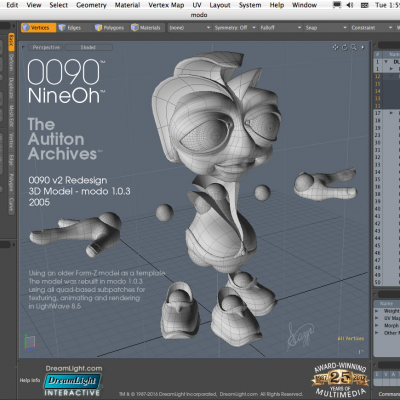 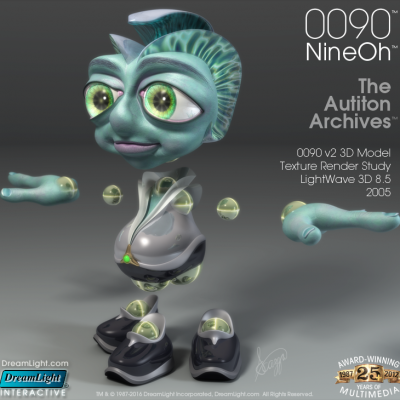 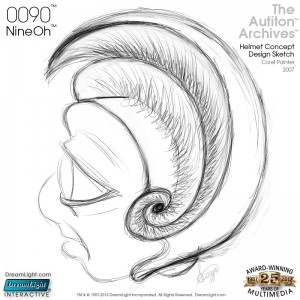 In 2007 I had the opportunity to devote a significant amount of time producing a 3D animated CGI short film starring this 3D animated character, 0090. I began by updating the 3D character design to refine and polish the design. I felt the previous version of the 3D character design had organic and geometric portions that could be merged together in a more cohesive manner. So I began designing connection elements to better tie the organic and geometric portions together, much like an organic animal wearing clothing, or an organic animal with an attached shell or exoskeleton. I began by sketching how the head fins might be better designed as a helmet or shell type structure rather than just protruding from the organic head. I created new character design sketches in Corel Painter using a Wacom drawing tablet and then built 3D model studies in Luxology Modo using all quad based subdivision surfaces. 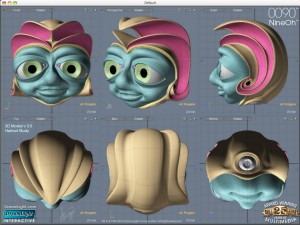 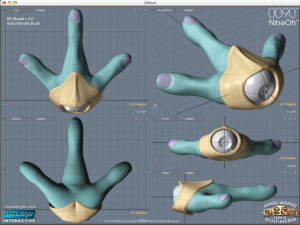 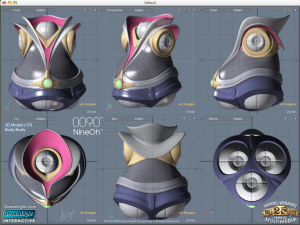 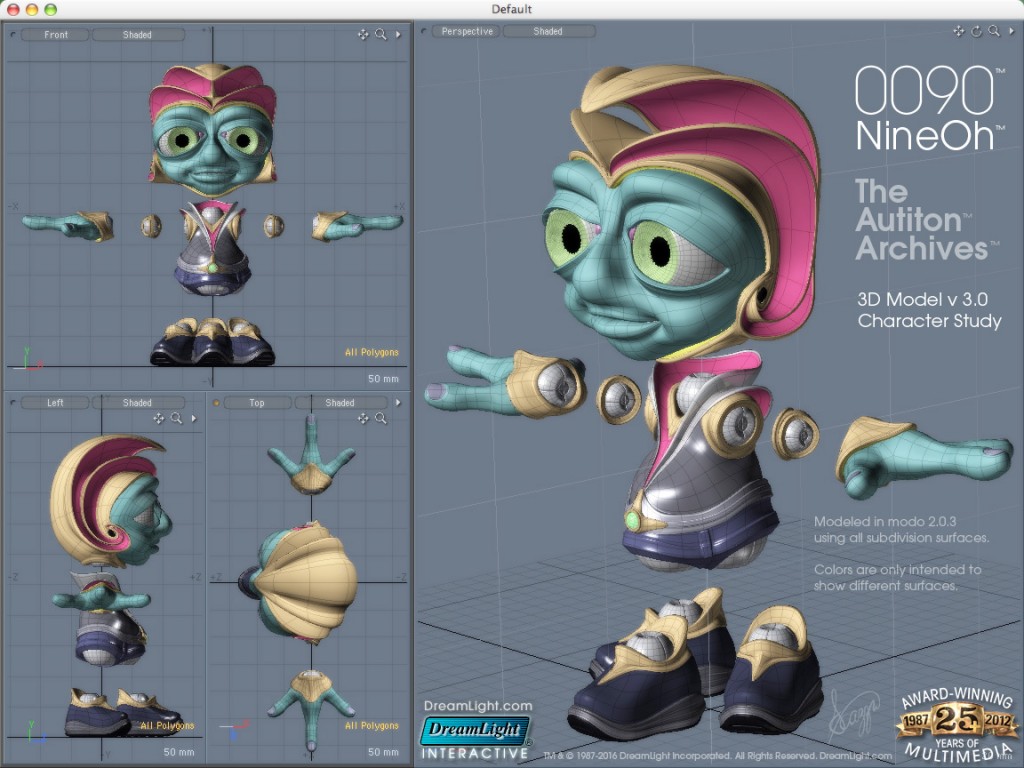 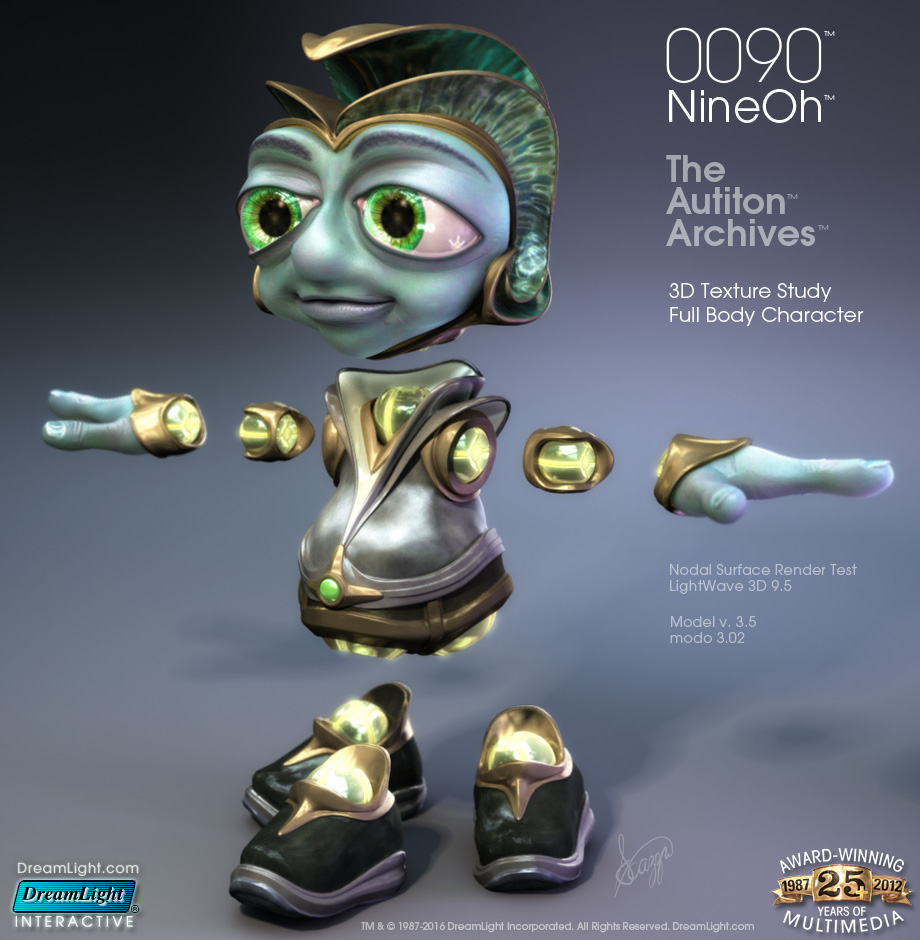 Once I had finished designing the 3D character model in Modo it was time to design the textures and surfaces. I brought the completed 3D model from Modo into LightWave 3D 9.5. I used LightWave’s surface node editor to design the many different surfaces and materials that the character would need from the translucent subsurface scattering (SSS) surfaces of the organic portions to the metallic and leather-like surfaces of the geometric portions of the model. To best test the texture and surface design I created a closeup head turntable and full character turntable animation in order to see how the surfaces would look as they moved through various angles and lighting.

Once the model and textures were finished I then created a few initial 3D character animation studies in LightWave 3D 9.5. I rigged the character with bones and IKBooster which I used to create a walk cycle turntable animation to explore how the three-legged character would walk and to see how that would look from various angles. I also created a 3D animated closeup lip sync test using morph maps created in Modo and morph mixer in LightWave 3D to test how well the character’s organic face would be able to speak and convey emotions. After I was satisfied with the 3D character design and early 3D character animation tests I then proceeded to full production on the 3D animated CGI short film – Fault Effect™.

If you found this brief behind the scenes blog post interesting you’ll love my whole book: Creating a 3D Animated CGI Short, The Making of The Autiton Archives, Fault Effect – Pilot Webisode. The book is over 500 pages chock full of detailed examples and insights from the production of my 3D animated CGI short film – Fault Effect. There’s a lot more information about this portion of the 3D CGI short film production in chapter 8: Making a 3D CGI Film Star – 0090. 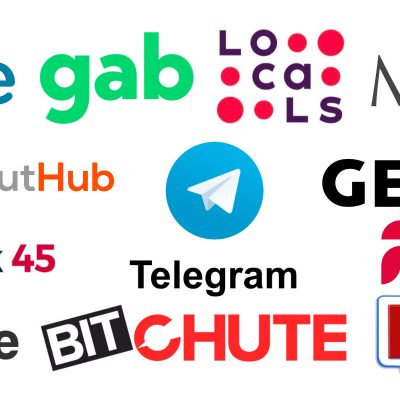