I have a very special blog post today for Throwback Thursday. The following is our very first DreamLight Insight – behind the scenes article, from 1993. This post served as the basis for an article that was subsequently published in MacUser magazine as seen above. It outlines the 3D spline modeling process we used for an early award-winning custom designed 3D Bose Auto project for an international ad campaign.

When the senior art director of Bose Corporation asked for a miracle, we had no choice but to create one. He wanted a fictional sports car, designed from scratch, to serve as the centerpiece for an international advertising campaign. This DreamLight Insight takes you behind the scenes as DreamLight magically creates this concept sports car from thin air. Watch as initial two dimensional sketches take on depth and are transformed into an award-winning photo-realistic 3D illusion using 3D spline modeling. You won’t believe your eyes. 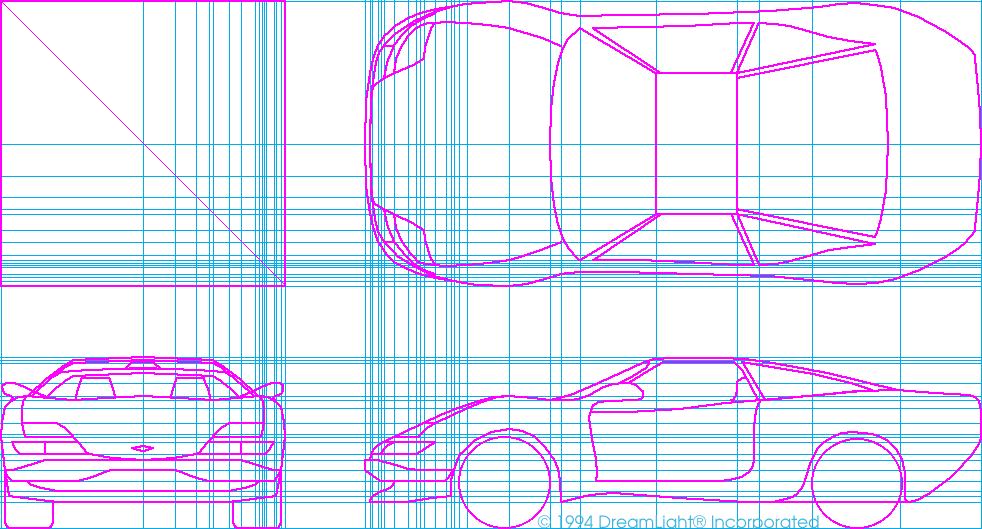 After researching various contemporary sports cars currently on the market, we designed a custom sports car using 2D spline curves in Macromedia FreeHand. FreeHand’s spline drawing and editing tools are more sophisticated and flexible than those of most 3D spline modeling programs so that's where we created the initial design to use as a template. 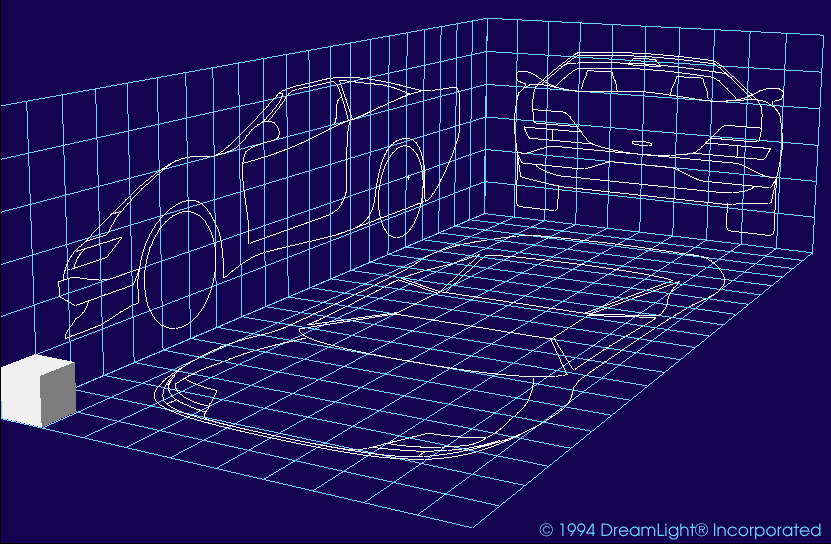 We then imported the 2D EPS profiles into Macromedia MacroModel. [Today we create most of our 3D models in modo] We placed the front, side and top outlines on grids located on the faces of a box to use as templates that we could use to help sculpt the actual 3D model. 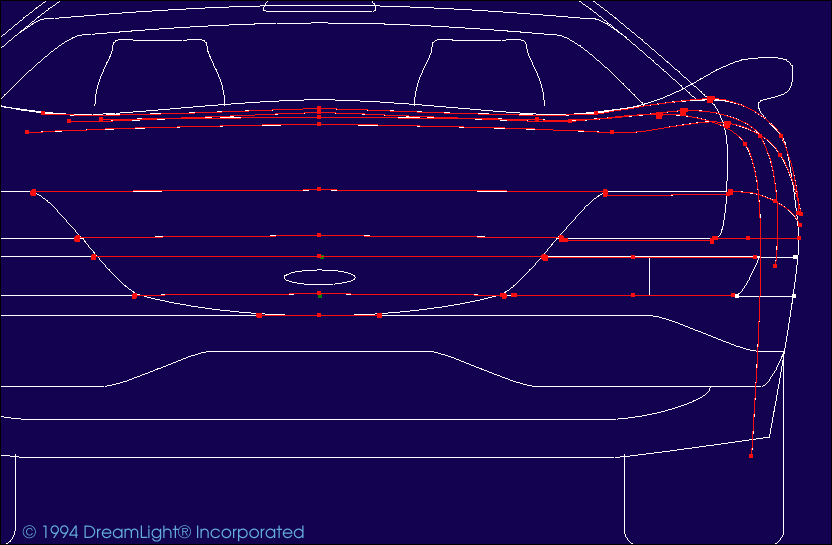 Because we were most interested in the front view, we drew the first 3D spline from a direct front view using an orthographic projection to avoid any distortion caused by perspective. This enabled us to trace the curve as if we were still in the 2D program. We didn’t use the original imported 2D splines because we wanted to position our points in strategic locations to facilitate the 3D spline modeling process. 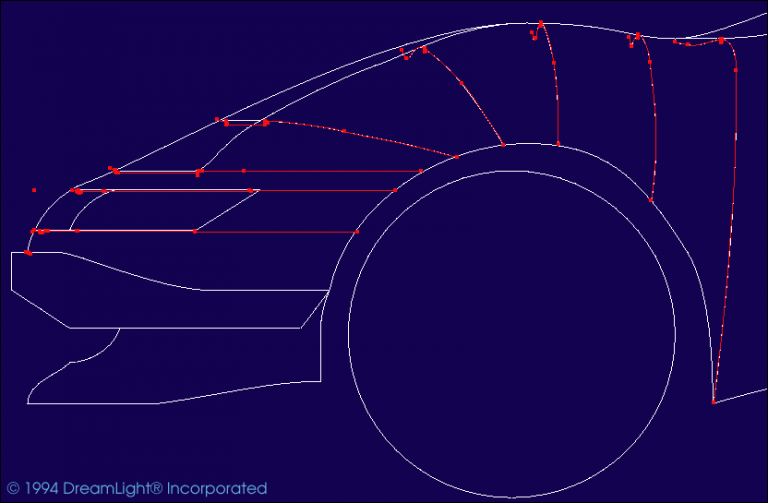 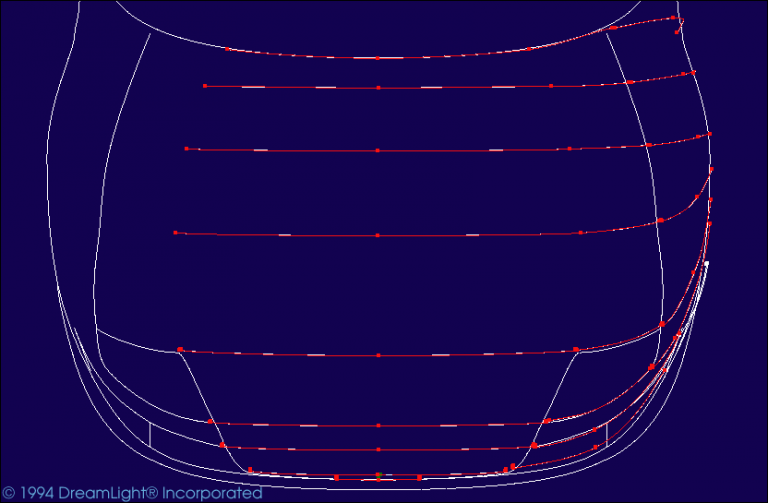 Next we cloned the spline and distributed new copies along the entire front end section. By alternating views from the front, side, and top we were able to accurately position and orient the splines in 3D space. It is easiest to use copies of the same spline so that you have the same number of points in the same order. This avoids issues later when skinning between the splines which could twist and distort if the splines had different numbers or order of points. Once the 3D splines were positioned to match the 2D profiles, we moved the points to line up with items of the profiles where they would be cut. For instance, we had located points in the gutter between the hood and the fender so the separate body panels could easily be cut from the splines. 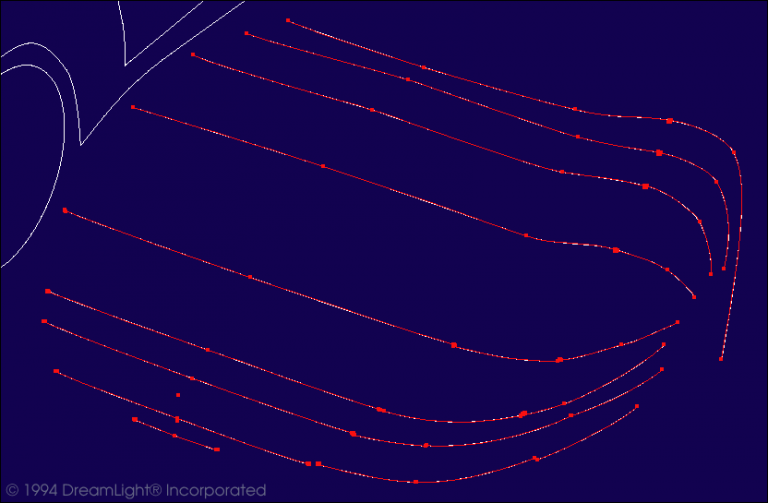 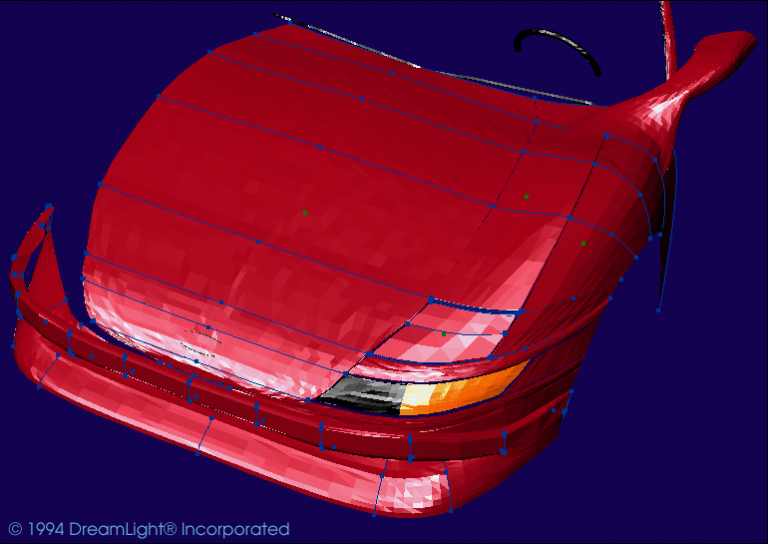 Once we were satisfied with the positioning of the 3D splines, we then cut the splines where separate panels would be formed and the corresponding splines were then skinned to create the body panels. By creating all the panels from the split splines we were able to have all the parts flow together smoothly. This would have been virtually impossible if we had attempted to model each panel independently. 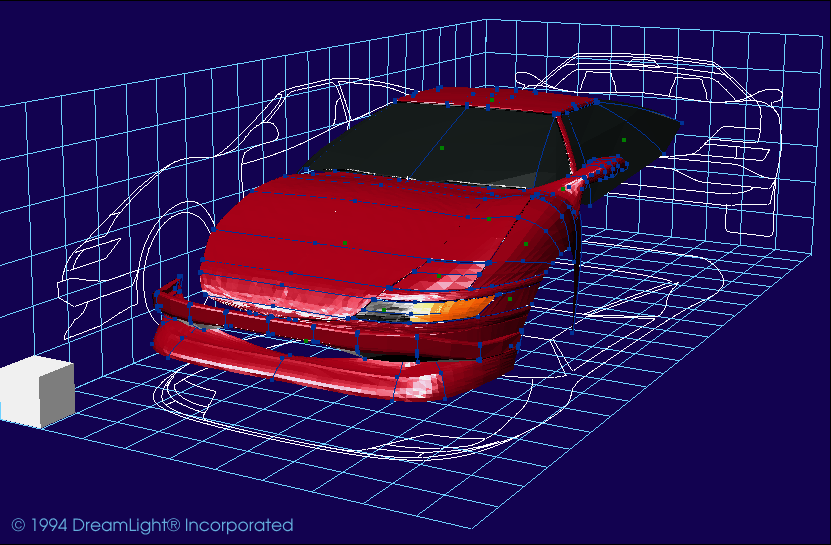 We then continued this process to create all parts of the model that would be visible from our front view point. Because we were only interested in a single view for this particular image, we weren’t concerned with modeling the remaining portions of the car. At a later date, we did return to the model and created the rear view and a wheel, all of which can be seen in the finished renderings for the entire international ad campaign as seen in our online portfolio.

Once we had completed the modeling phase of the project we imported the model into Macromedia Three-D. [Today we create most of our 3D rendering & animation in modo and Lightwave 3D] This is where we set up the scene for actual rendering. Lights and cameras were positioned, reflections were cast and the image was finally rendered. This ground breaking image took five days to render on a Macintosh IIfx. As a final step, the rendered image was brought into Adobe Photoshop where we performed minor touch-up and color correction before the final printing process.

This award-winning DreamLight classic is available on DreamLight Merchandise!

The Best Award of All – A Glowing Client Recommendation

In addition to all the awards and publications seen in the sidebar, the best award of all is always a glowing recommendation from a happy client!

“Basically, I needed a miracle!”

I’d like to let you know in an “official” way how much I appreciate your hard work, dedication and talent on the recently completed “Bose Car” illustration.

When the concept for this campaign was approved I was faced with what seemed to be an insurmountable challenge... produce a photo-realistic image of a car that is unlike any car on the market today. An image that is absolutely unrecognizable to our target audience: the very knowledgeable automobile manufacturer. In other words, create an image that gives the impression that Bose has designed, manufactured and photographed an actual “Bose Car.”

I was faced with a number of executional approaches: One would be to photograph many different cars and combine them into one image. This approach was flawed because our target audience is so sophisticated that they would certainly recognize a Honda tail light on a Nissan bumper, attached to a Ford body. Another approach would be to create the image using traditional photo-realistic airbrushing. This approach would not be “fluid” enough. It would be very difficult to make last minute changes. Not to mention I was not convinced that we could create an absolutely photo-realistic image with traditional airbrush.

Enter DreamLight. We called you in, and gave you very broad parameters. Create an image of a car unlike any other. And deliver it in four weeks.

This was the first time I had done business with you. I have to admit that I was very apprehensive. Basically, I needed a miracle in a month. And I was putting most of the burden on you.

After I reviewed your first rounds of roughs, I knew I had made the right decision. You took the time to research the styling cues from a number of existing cars. You took these cues and combined them into an image that is very contemporary but very unique.

Throughout the project, you communicated well, you were very flexible and you kept to your estimate. Not to mention you met the outrageous deadline!

The ultimate test of the final image was to show it to a person in my department who is a car buff. Her reaction was just what I was hoping for... “But what kind of car is it?”. It took a few minutes to convince her that it was a computer generated image. And the image is receiving nothing but positive comments throughout the company. Everyone’s question is “But what kind of car is it?” I respond simply. “It’s the Bose car.”

Thank you again for your dedication and talent. I am looking forward to creating the next image in the series with you. 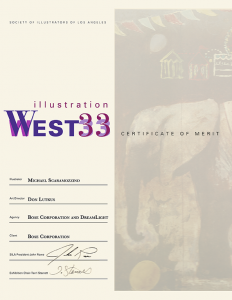 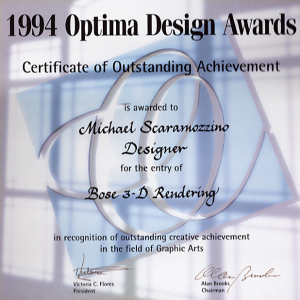 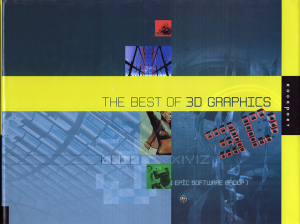 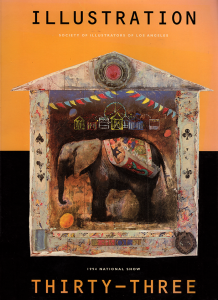 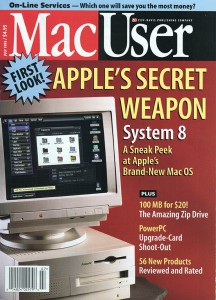 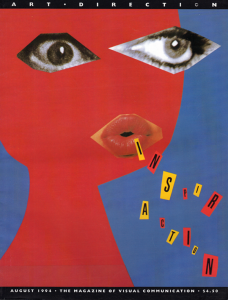