DreamLight® is a digital design, illustration, 3D animation and interactive multimedia studio that has been bringing digital dreams to light for over thirty five years.

Please don’t hesitate to contact us about any potential 3D animation or other projects that you may be considering. 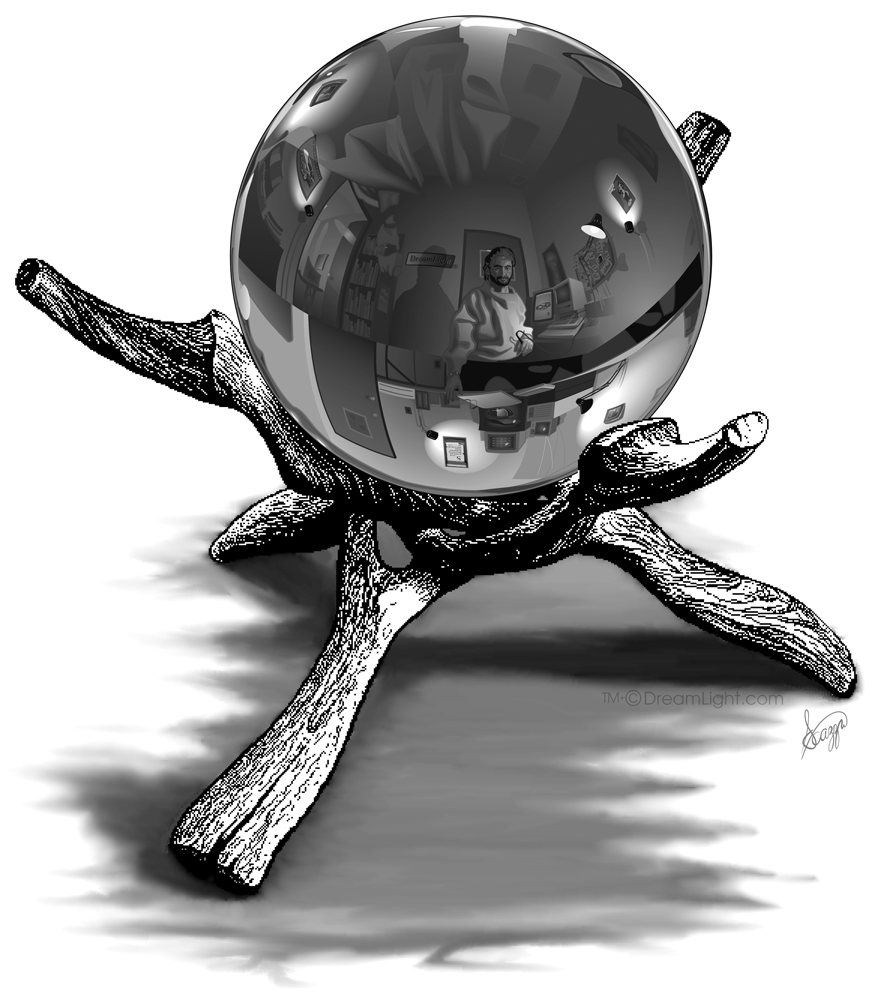 DreamLight has been riding the computer graphics wave for more than three decades. Originally founded in 1987 in Providence RI by Michael Scaramozzino, DreamLight moved to the Greater Boston Area in 1995.

Michael Scaramozzino studied computer science at the University of California, San Diego (UCSD – #4 Nationwide Computer Science Rank) before transferring to the Rhode Island School of Design (RISD – #1 Global Design School – Business Insider) where he graduated a year early from the transfer program after winning advanced standing based on a special portfolio review. Upon graduating from RISD with a BFA in illustration/animation, Michael became the acting director of RISD’s academic computer center for a year. He then spent the next year as the VP of software development for a computer consulting firm where he launched the DreamLight studio in an adjoining storeroom in 1987 in order to fuse the art and science of computer graphics.

That first small studio may be seen reflected in Michael’s early classic hybrid vector/raster illustration of a self-portrait reflected in a crystal ball – Lucid Beginnings. He created this PostScript illustration in a pre-release version of Aldus FreeHand on a B&W, one megabyte Macintosh Plus. Michael wrote a chapter about the creation of this illustration in The Verbum Book of PostScript Illustration. The illustration was exhibited internationally and widely published over the years in various publications including the following: Verbum magazine, QUE’s Macintosh Multimedia Handbook, Illustrator 7 Studio Secrets and MacArtist. This commemorative DreamLight Classic illustration is also available on posters and merchandise.

Michael Scaramozzino also appeared with his DreamLight Classic Lucid Beginnings along with other projects on Boston’s ABC affiliate TV5’s Cutting Edge show in 1995.

DreamLight and many DreamLight projects were also featured on Macromedia’s Showcase CD-ROM for years.

Michael’s been running DreamLight ever since, continually pushing the boundaries of the computer graphics industry with a wide range of award-winning projects. Initially focusing on corporate identity logo design and desktop publishing, DreamLight rode the computer graphics wave through 2D PostScript illustration and bitmapped painting, interactive multimedia authoring and web site development, all the way up to our current primary focus on 3D illustration and 3D animation. 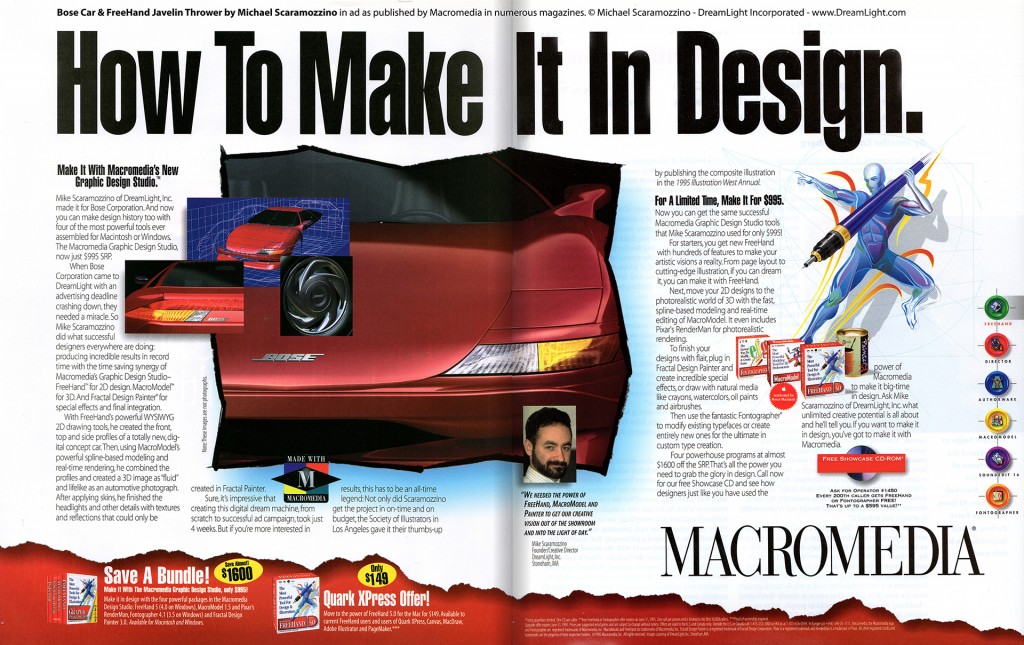 Michael Scaramozzino was also featured with his 2D FreeHand Javelin Thrower and award-winning 3D Bose Auto illustrations in a Macromedia ad campaign – How to Make it in Design.

For over three decades we’ve been creating award-winning computer graphics for a wide range of clients from local small businesses to international fortune 500 corporations. 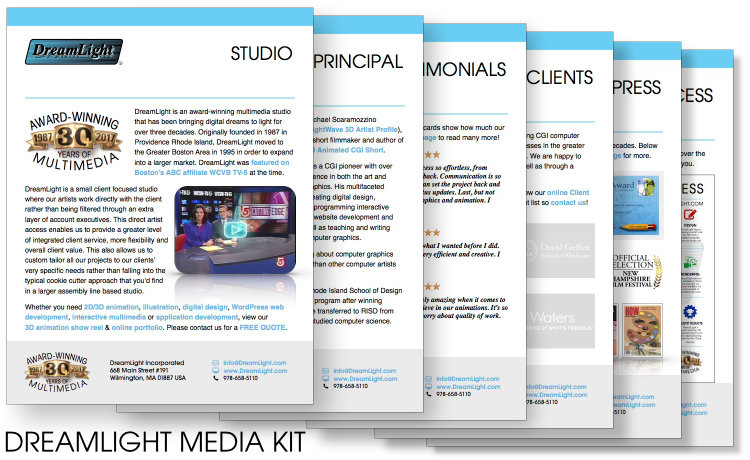