How to harness remote rendering computers across the Internet using Dropbox with this Internet Rendering with LightWave 3D ScreamerNet LWSN Step-by-step Tutorial. LightWave 3D ScreamerNet LWSN communicates between a network controller, such as DreamLight Constellation, and the LWSN rendering nodes by simply reading and writing commands to and from a pair of job and ack text files. As long as the controller and the render nodes have read/write access to the job and ack command files as well as to the content directory and the output directory they can participate in the render farm, no matter where they are located, even if they are located anywhere across the Internet. This can be quite useful for small scale independent filmmakers who may wish to harness the rendering power of any extra computers that may be available in multiple locations such as between work and home studios.

Setting up Dropbox for Internet Rendering 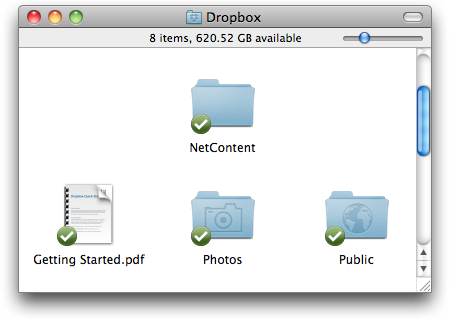 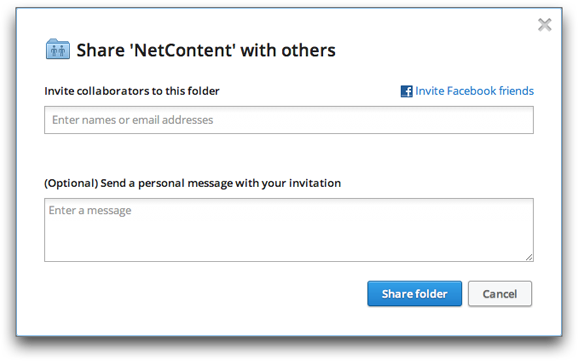 There are a few settings that are stored in the LightWave 3D Layout config file that are used by ScreamerNet LWSN for batch/network mode -2 rendering. The first is the Content Directory which ScreamerNet LWSN will read from the config file if not overridden in the command line or by drag and drop in DreamLight Constellation at the time of rendering. Another config setting that may be used by ScreamerNet LWSN is the Command Directory, but we’ll be using the defaults in DreamLight Constellation and DLI_SNUB-Launcher which automatically default to the Commands folder inside the Content Folder which we just set. The other two settings are the Segment Memory Limit and the Multithreading settings. The defaults for these are, Segment Memory Limit: 1024 MB and Multithreading: Automatic. Those defaults are usually fine so changes to those two are optional. For more information see Managing LightWave’s All Important Config Files. 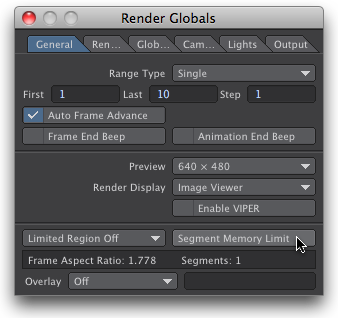 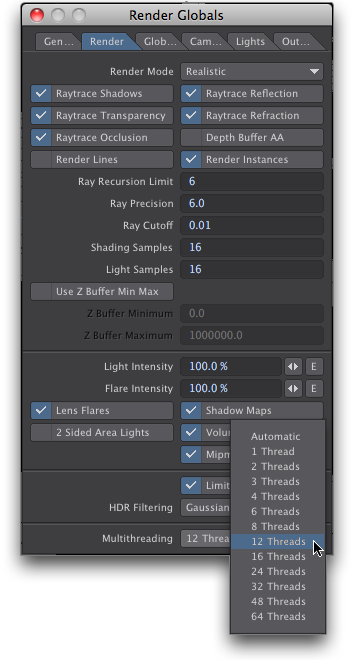 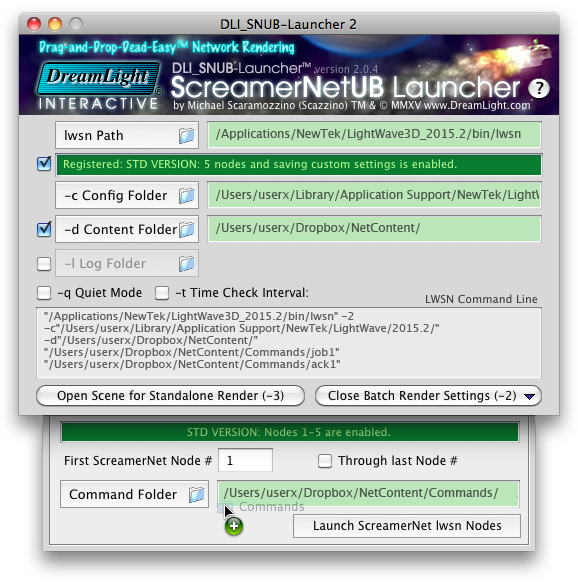 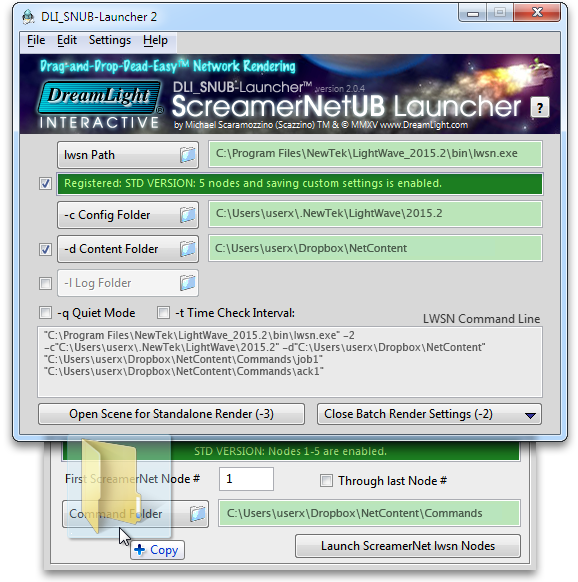 Rather than using the somewhat limited options built-into LightWave Layout (Network Render panel or Render-Q), you may use our drag-and-drop network render controller, DreamLight Constellation, to interactively configure and manage ScreamerNet LWSN rendering with a Mac friendly drag-and-drop-dead-easy™ interface, even on Windows. 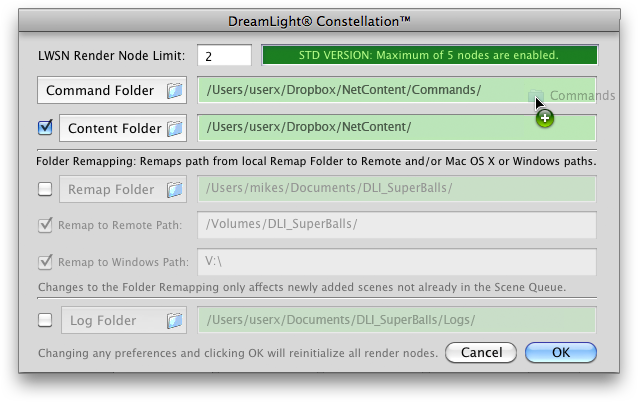 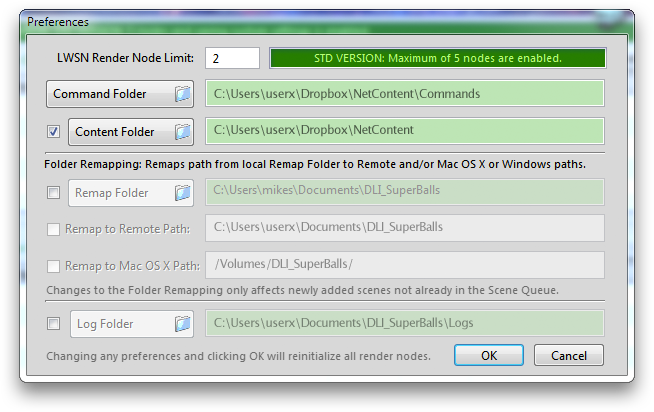 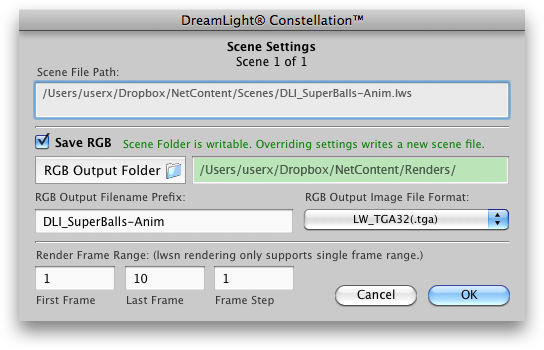 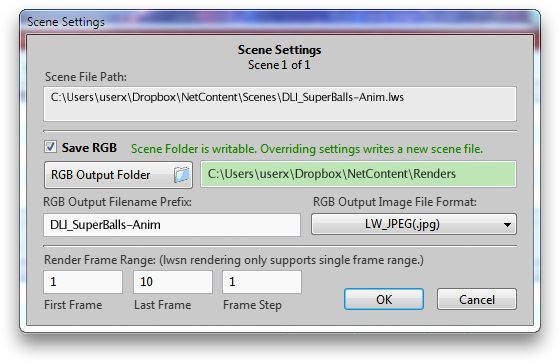 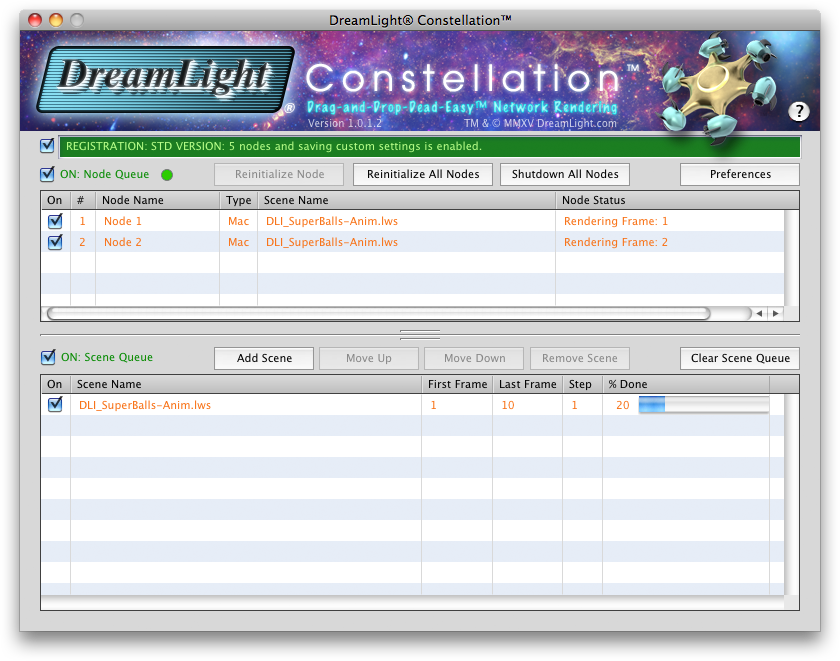 It can be extremely useful when setting up and managing network rendering over the Internet to use screen sharing so that you can directly access any available Macs in off-site locations. Mac OSX has built-in screen sharing software that may be used on a local area network or across the Internet. For added security and easier routing through any firewalls you may first set up a Secure Shell (ssh) tunnel through which you can run the VNC connection. Once the tunnel is open you may also direct Mac OS X’s standard file sharing through the same secure tunnel if you’d rather connect your LWSN nodes through the tunnel rather than using Dropbox. While Dropbox is a very easy way to set up secure sharing it could be somewhat inefficient if you are running many nodes on the local area network as well as a few remotely over the Internet because it has to send everything, text command files, scenes, assets and rendered frames, out to the central Dropbox server even when transferring files between nodes on the local area network.

More information and specific examples of setting up a secure ssh tunnel for ScreamerNet LWSN rendering across the Internet is covered in the network rendering chapter of my book: Creating a 3D Animated CGI Short. The chapter includes information about secure vnc screen sharing and port forwarding through your router and firewall as well as using Mac OS X’s built-in spaces to help manage a complex network rendering workflow.