Today I’ll show you how to create a waving flag with LightWave 3D ClothFX. I used this approach to create a 3D animated greeting for Independence Day as a social media marketing meme. The flag textures used for this 3D animated waving flag is based on a new and improved version of the colonial “Betsy Ross” flag graphic that I created in a previous blog post. 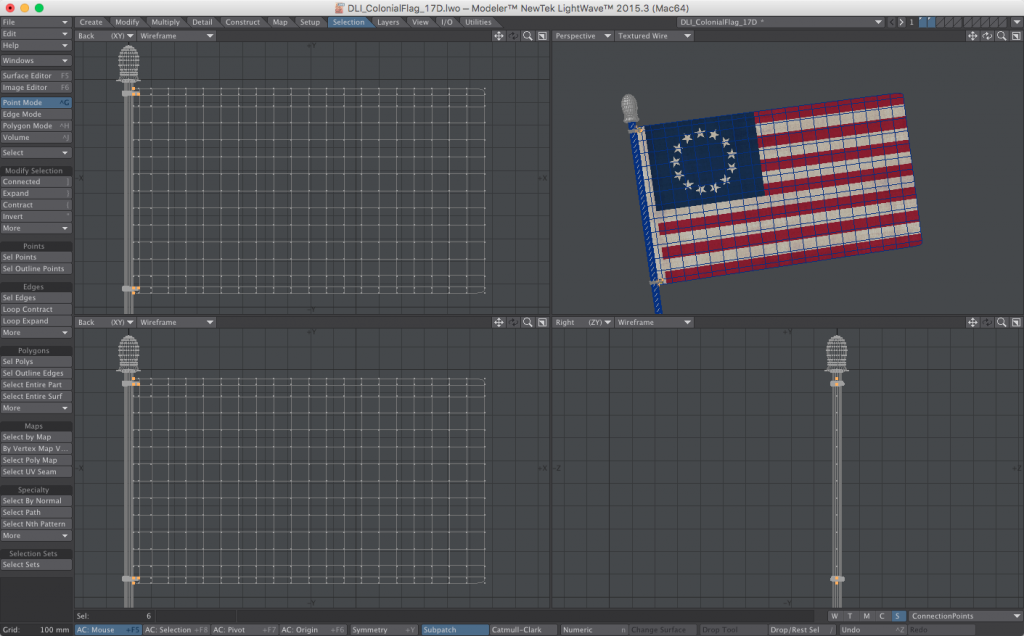 Before we can wave the flag we need a flag to wave. Creating the model is easy enough. Create the pole and attachment strings on the first layer. On the second layer simply create a rectangle with a medium fine mesh for use as a subdivision surface. In order to prevent the corners from rounding too much simply slice the top and bottom rows near the top and bottom edges. Set the surface to double sided and apply the texture maps for color, bump, specular, translucency, etc. Parent this flag layer to the pole layer so that the flag moves with the pole. 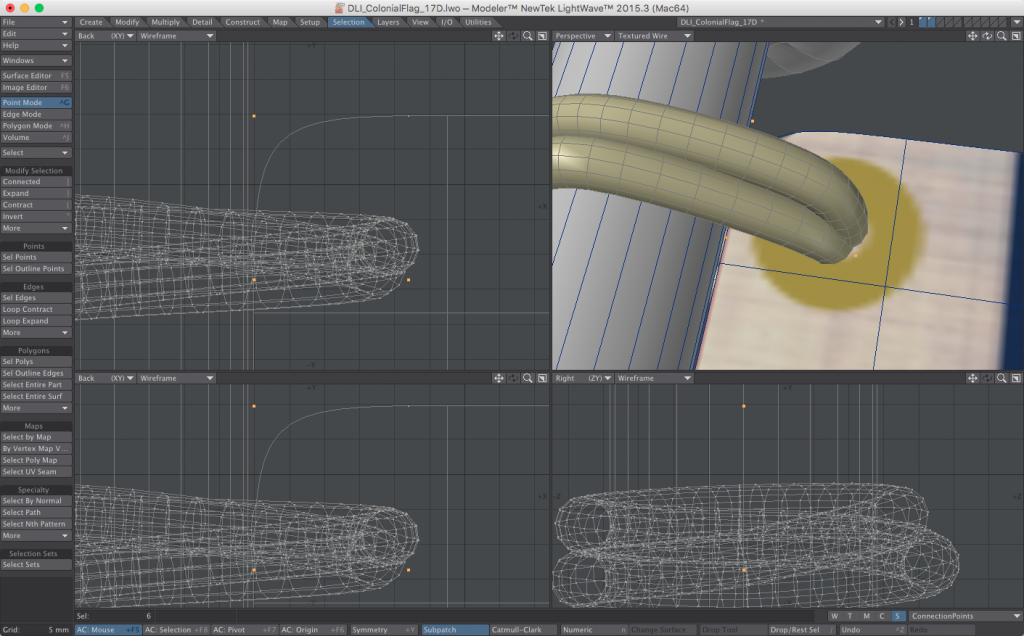 In order to keep the flag attached to the pole you need to anchor some points. Create a selection map of points that will be anchored to the pole. In this case I selected sliced down the row of polygons along the pole edge to create added geometry. I selected three points around each of the two grommets, two points along the pole and one point where the string penetrates the grommet hole. This selection map may then be used to tell ClothFX which points are fixed. 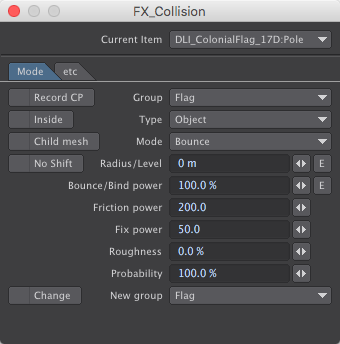 I applied an FX_Collision dynamic object to the Pole layer. I created a new Group named Flag for all the flag dynamic objects to share. I set Radius 0, Bounce 100%, Friction 200 and Fix 50. 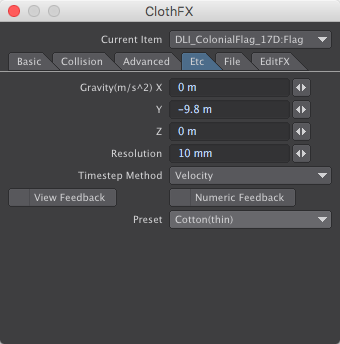 I applied ClothFX to the flag object layer. On the Etc tab I selected the Cotton(thin) Preset. This provided a good starting point. 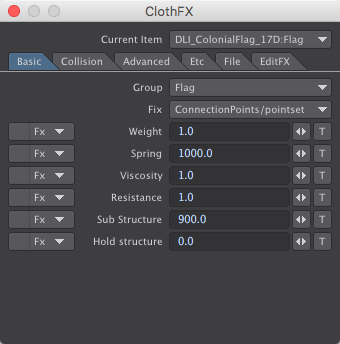 On the Basic tab I set the Group to Flag. I selected the ConnectionPoints pointset selection map on the Fix popup menu to fix the flag to the pole. I then lowered the Sub Structure to 900 to allow a bit more deformation of the mesh than the default setting. 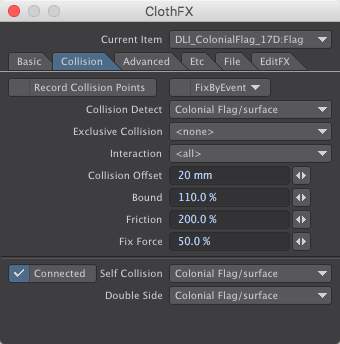 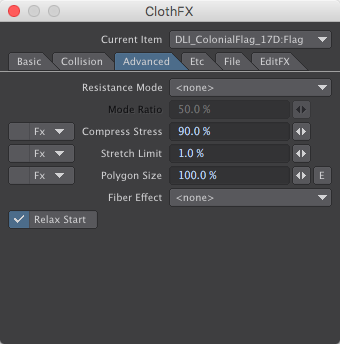 On the Advanced tab I lowered the Stretch Limit to 1% to prevent the flag from appearing too rubbery. I increased the Compress Stress to 90% to allow more natural folding and crumpling of the surface.

Making the Waving Flag Blow in the Wind 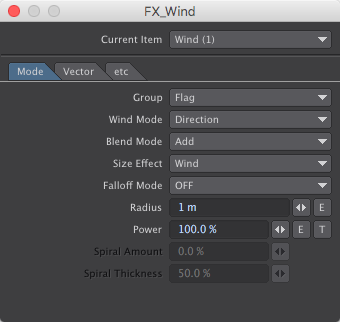 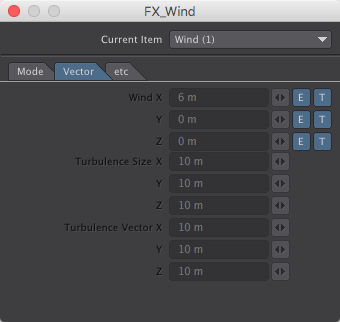 On the Vector tab I then used envelopes and textures to control the vectors.

I used Noisy Channel modifiers to randomize the main wind direction and strength.

Because the Wind (1) X would be the main component of the wind to have the flag stretch from left to right in the frame I set the X value higher than the Y and Z. I applied a Noisy Channel modifier to it with a Scale of 30 and a speed of 0.1.

I applied a Noisy Channel modifier to the Z channel with a Scale of 30 and Speed 0.2. 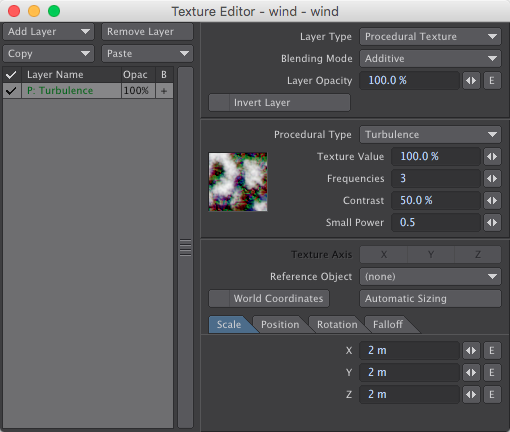 I also applied a Turbulence texture to Wind (1) to add a little more turbulence to the main wind directions. 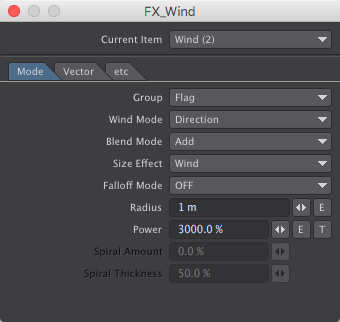 I used a separate Wind (2) generator to control the side to side rippling of the flag. This way I could turn each Wind generator on one at a time while working out the settings for each. I turned the Falloff off and set the Power to 3000% 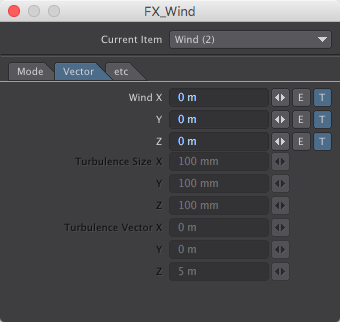 I used a texture to create the rippling of the flag motion. 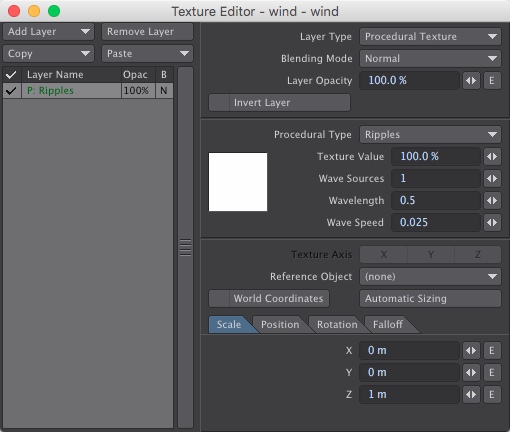 I used a simple ripple texture on the Z channel by scaling the X and Y to 0.