I had previously refurbished an Orion telescope by 3D printing some parts that were missing. In this post I’ll show how I fixed an above ground pool ladder by designing 3D printed replacement parts for poorly designed parts that kept breaking. The final custom designed part is also available for download.

The VinylWorks Model CE Combo Step Entry with Gate pool ladder has an annoying design flaw. The connector widgets (they call handrail fillers) that allow you to bolt the top and bottom parts of the ladder together are poorly designed. Firstly, they are difficult to install because they rely upon a little tab on top to hold them in place. That tab often breaks and doesn’t hold the part stationary when you try to screw the bolt into it causing it to tilt out of the way. The plastic widget also holds a nut to screw the bolt into. Secondly, the plastic breaks and the nut falls out. After the first set broke the manufacturer sent me a new set. Those also broke. So I figured I’d design a better set of widgets and 3D print them myself.

My first attempt at designing 3D printed replacement parts for the handrail fillers was only partially successful. The redesigned parts were easier to install because I first bolted them to the top part of the ladder. This kept them in position and made it easier to then screw the bolt into the widgets to hold the top part of the ladder to the bottom. Unfortunately when I disassembled the ladder at the end of the season these new widgets had also broken. 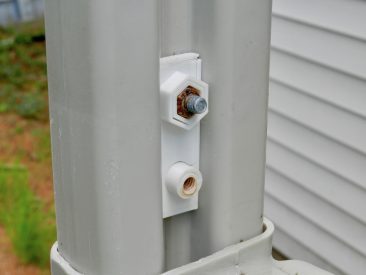 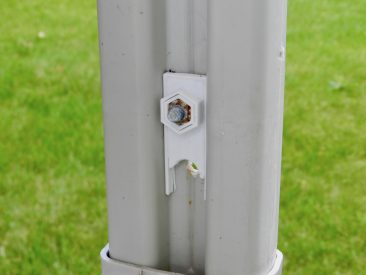 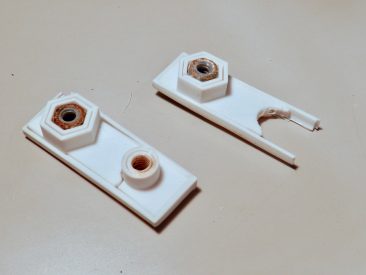 So for the next season I set about designing a newer version of my custom widgets with more reinforcement around the part that had failed. I also added beveled edges to the back side and the bolt holes to make the bolt easier to find the hole when being installed in the ladder. I designed the 3D part in modo and exported it to an STL file for 3D printing. Each widget took a little over an hour to print on a Lulzbot Mini 3D printer (available at the Wilmington Public Library) using Acrylonitrile Butadiene Styrene (ABS) plastic for extra strength compared to Polylactic Acid (PLA) plastic.

Instead of the flimsy and finicky tab to hold the original handrail fillers in place I designed these widgets to be bolted to the top rail. I designed a hexagonal socket slightly smaller than a nut so that it could be gently tapped into place with a hammer. I used a locknut with a vinyl insert so that a short bolt would hold the widget securely in place. The bottom reinforced hole would act as a nut and hold the longer bolt to secure the top rail to the bottom. To create the threads I just drove the bolt into the slightly smaller hole while holding the widget on a table. This way the bolt cut its own threads into the plastic. 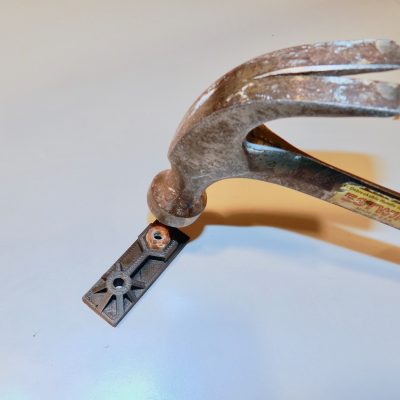 Tapping the Nut into Place 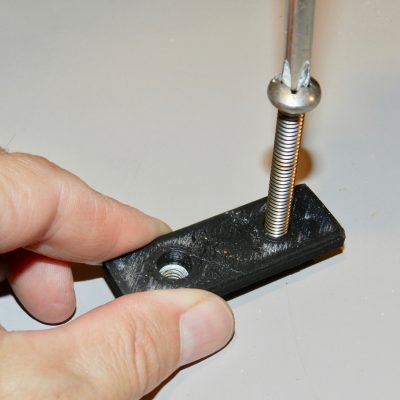 Driving a Bolt to Create Threads

Installing the Newly Designed 3D Printed Widgets into the Ladder 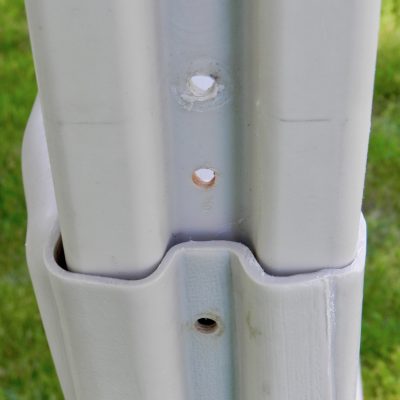 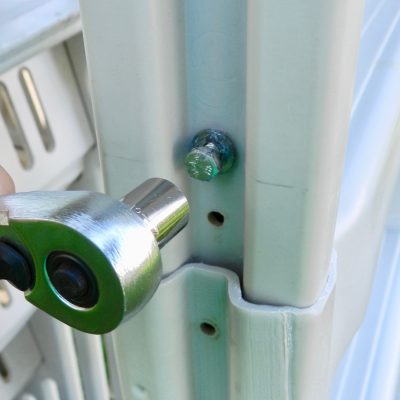 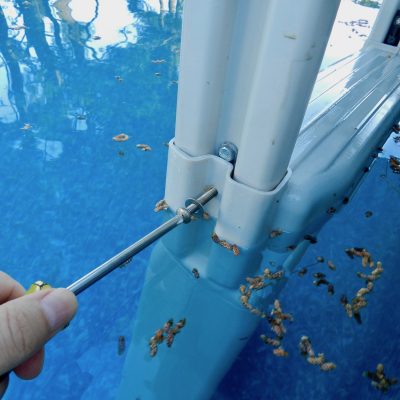 So how’d the new widgets do? When disassembling the ladder at the end of the season the newly designed widgets were still in good shape with no signs of failure. The nuts and bolts holding them in place were a bit rusted but still holding them securely in place for next season. So the newly designed 3D replacement parts performed much better than the original handrail fillers did. 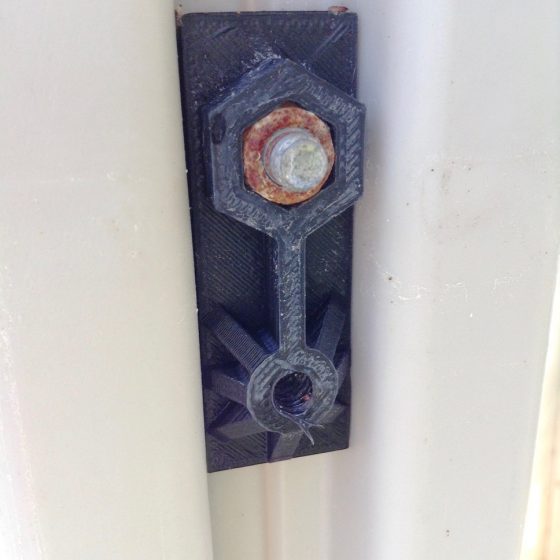 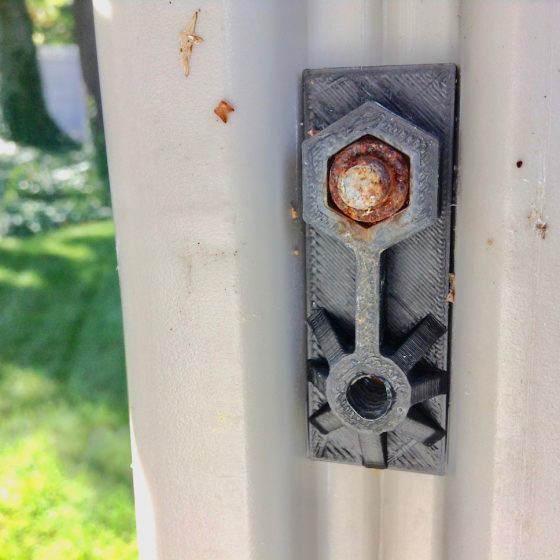 If you have one of these ladders with broken handrail fillers, feel free to download the custom widget and 3D print your own copies.

USE AT YOUR OWN RISK! Michael Scaramozzino and DreamLight Incorporated make no warranties express or implied.

DreamLight Can Design a Custom WordPress Web Site for You

DreamLight can develop a custom WordPress website for you. We can work closely with your marketing team to update your existing Web site that may be outdated or to design a brand new custom WordPress website. In addition to leveraging SEO, we design all our custom WordPress websites to be fully responsive. As a result the overall design layout automatically re-flows on-the-fly to take advantage of modern mobile devices. As multimedia experts we can also create a wide range of integrated branded marketing content for your website to help it really stand out, including: 2D/3D digital design, illustration, animation, interactive multimedia or even web application development.