A family member had an old iMac that no longer worked properly and had already purchased a new Mac. He was going to discard this old iMac but gave it to me to see if I could do anything with it first. After testing and researching the issue, it looked like it was a failing graphics card that was common on this particular iMac model. There were various reports of people who had fixed this problem by literally baking the graphics processor in the oven. It seemed implausible but there were many comments on the threads where people had tried it and said that it had worked. Most of them were in the same situation. They had a dead computer they were going to throw out so they figured it couldn’t hurt to try something so outlandish as trying to bake a failing graphics processor on the outside chance that it just might work.

Since I was in the same situation I did the same thing and was pretty surprised that it actually did work. Here’s the surprising story.

[CAUTION: The following information is for educational purposes only describing something that worked in this specific instance. THIS MAY NOT WORK IN OTHER INSTANCES AND IS NOT A PERMANENT FIX. THIS MAY DAMAGE YOUR GRAPHICS CARD OR COMPUTER. DREAMLIGHT MAKES NO WARRANTIES EXPRESS OR IMPLIED ABOUT THE FOLLOWING INFORMATION. USE AT YOUR OWN RISK!]

I first diagnosed the problem and took the following photos to show what the graphics problems looked like.

Multi-colored snow with about 30 vertical bands appeared when booting before and during the Apple logo on internal monitor and there was no signal to the external monitor yet which remained black. 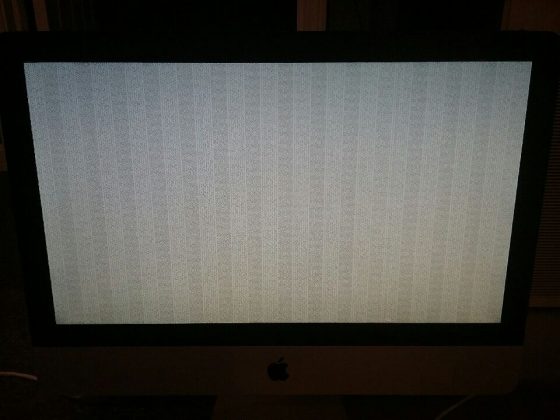 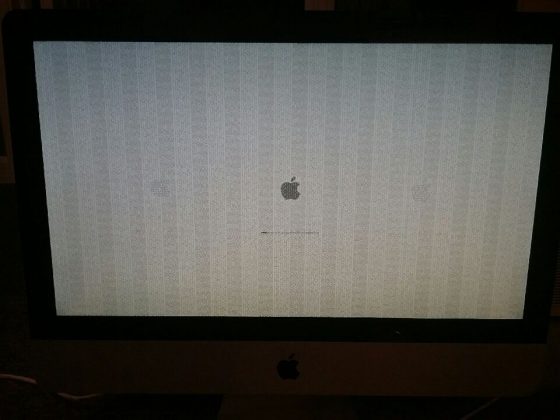 Then after the logo screen both the iMac and external monitor just turned solid gray. 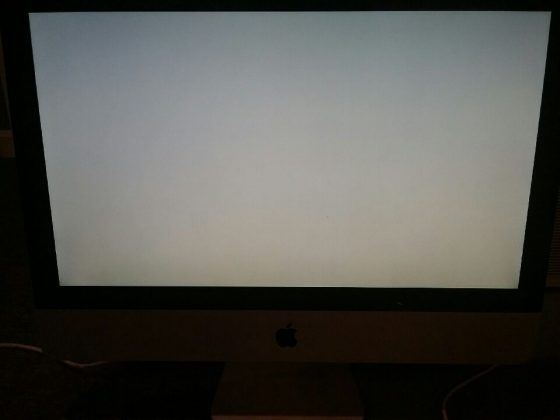 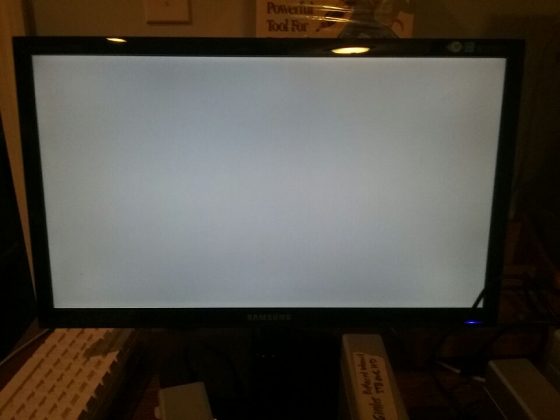 I then booted into safe-mode (shift key held down while booting) which started booting with snow bands on the iMac and no signal on the external monitor but then before it finished booting the iMac showed thick vertical bands alternating between solid gray and rainbows with the Apple logo as the boot process finished. The external monitor came on with a solid solid gray as before. 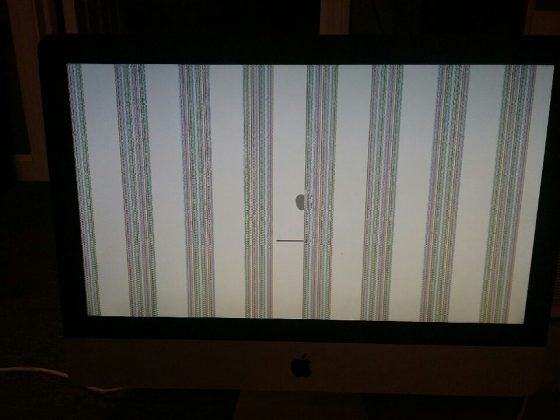 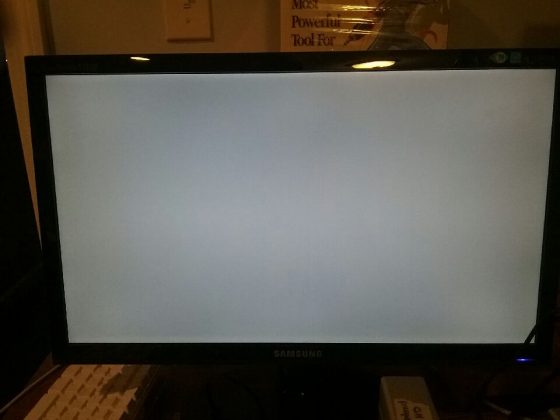 Then when the computer finished booting in safe-mode both internal and external monitors showed about 15 thick vertical bands alternating between the desktop and rainbows. 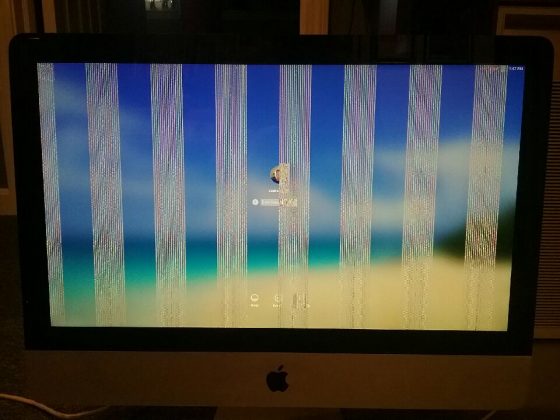 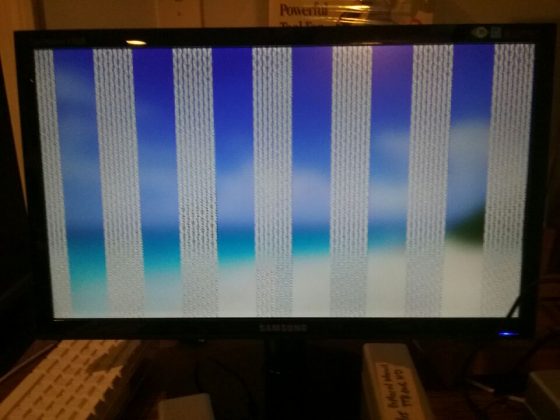 So at this point it looked like a problem with the video card rather than the iMac monitor because the external monitor was also showing similar banding issues. I did some online research and found that this particular iMac model had a video card that often failed with similar symptoms. I could have bought a used graphics card for it off eBay, but if it had been pulled from a similar iMac it could also have or develop similar problems.

The tear-down instructions rated the procedure as difficult and taking 1-3 hours. It consisted of 51 steps and showed that you had to disassemble the entire thing to get the video card out. So I didn’t want to have to do that more than once.

Here are the baking videos that I found in my research with the first one embedded below for easy reference.

I had isopropyl alcohol that I would need to clean the old thermal paste off the GPU and memory chips. But I would need new paste to use during reassembly so I ordered some K4 Pro and K5 Pro thermal paste and waited for it to arrive before continuing.

Disassembling the iMac and Baking the Graphics Processor

When the thermal paste arrived I disassembled the iMac. I had to completely remove the logic board of the 21.5″ because the graphic processor card is screwed to the back of the motherboard unlike the 27″ where you can remove the card without fully removing the logic board.

I used these iFixit tear-down instructions. 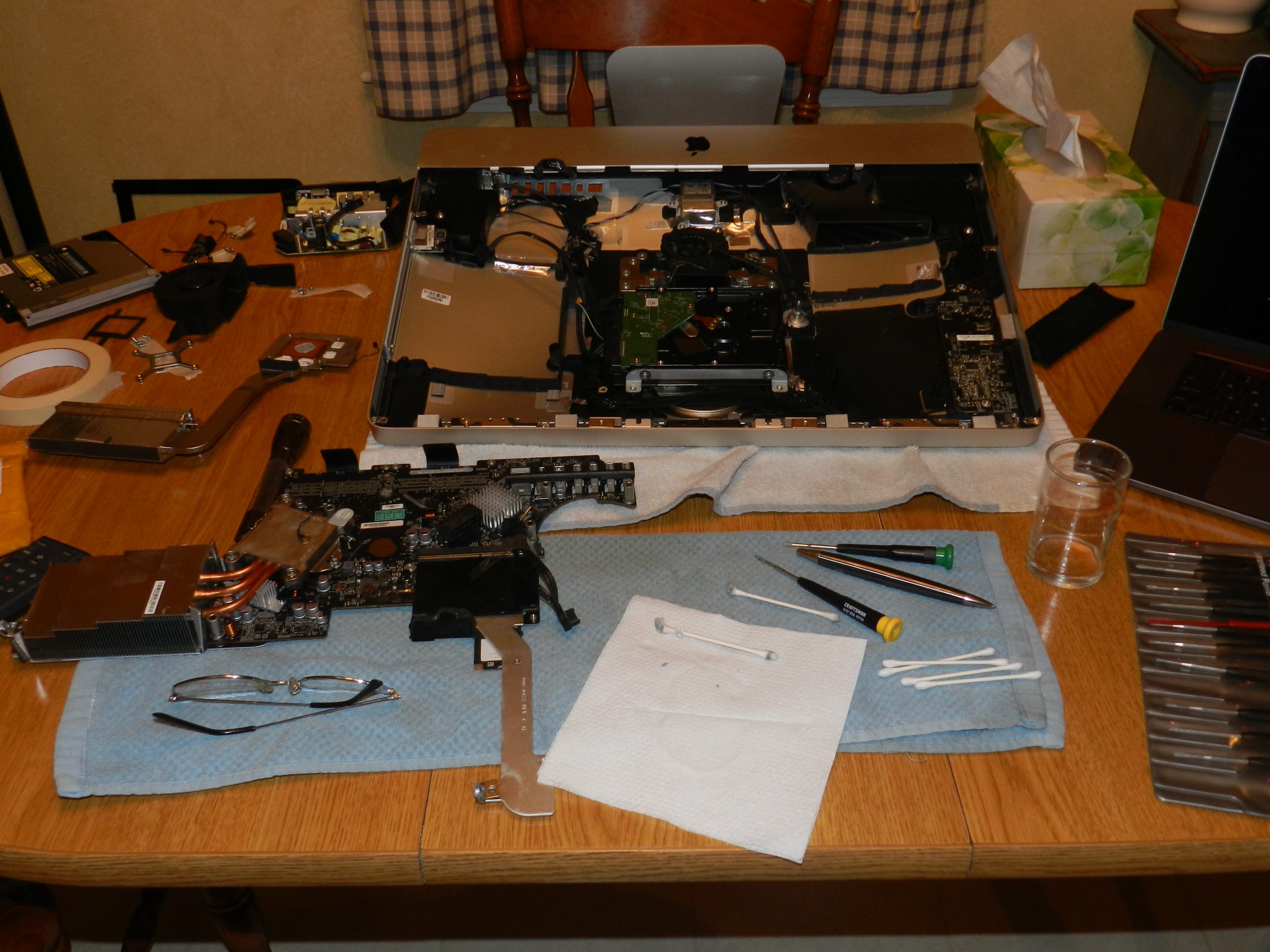 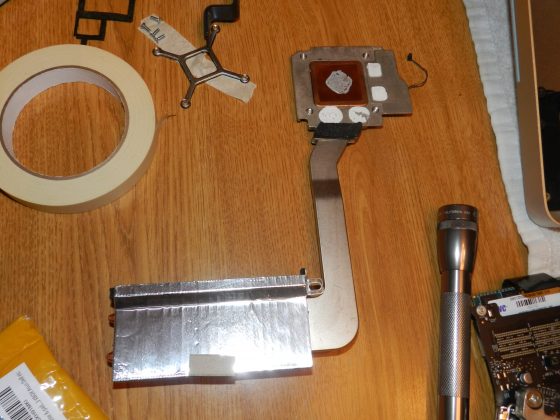 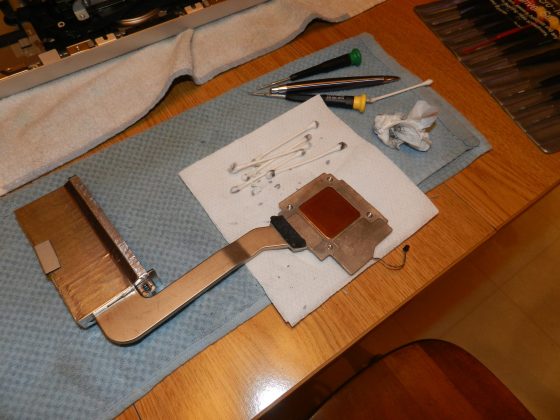 I then baked the graphics processor card for 10 minutes at 395° in the oven. I thought there was a good chance that would just ruin it. But it wasn’t working anyway so I had nothing to lose. When done I applied the new thermal paste. I used K4 and K5 as shown in this video: Late 2009 iMac 27″ Video Card Repair — 4850 — 2nd Bake. 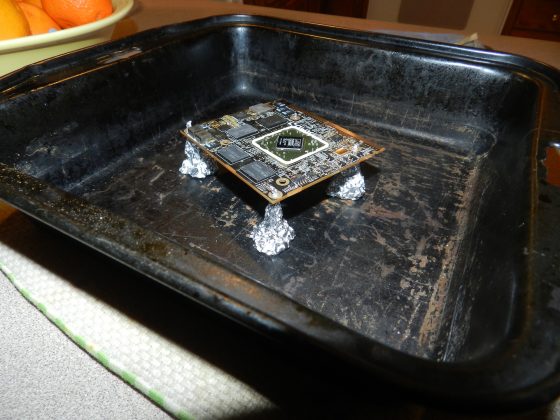 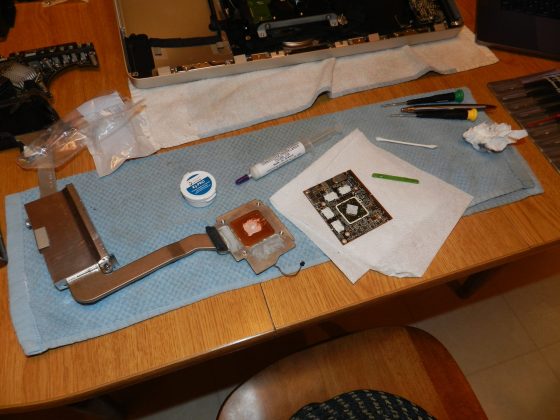 I then followed the tear down instruction steps backwards to reassemble everything. I then plugged it in, crossed my fingers, and turned it on. Voila! It worked! I was pleasantly surprised. It may not prove to be a permanent fix because some people have reported that the problems returned after they baked their video card. But so far it is still working after six months. 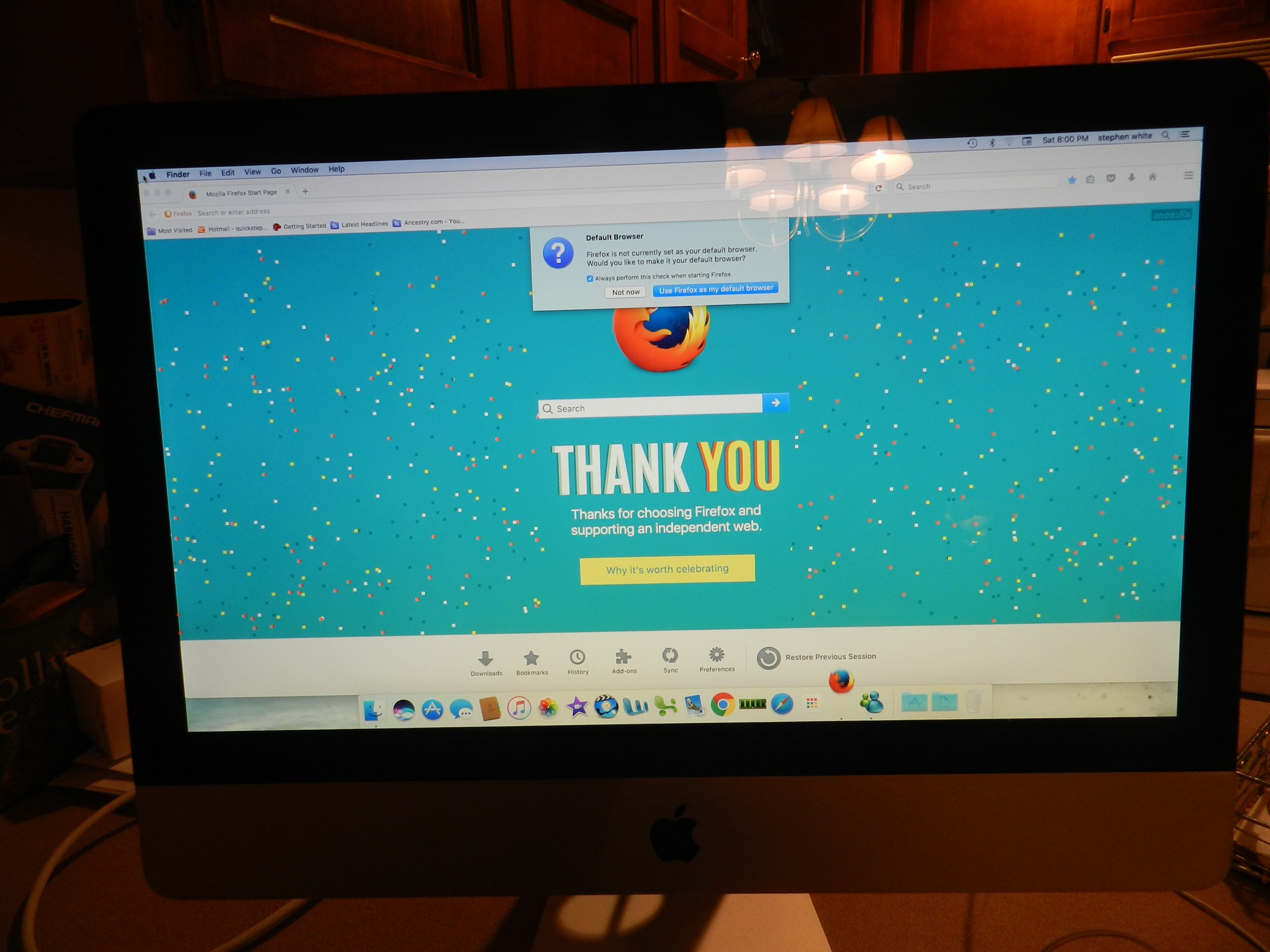