This blog post gives a behind the scenes peek of how to use instances in LightWave 3D. We used the following technique to create a 3D animation of rouge (rust/corrosion) crystal growth in stainless steel pharmaceutical or food processing equipment. Our client, Astro Pak, wanted to show how their product/process can dissolve and remove rouge from stainless steel processing equipment. The full project that this behind the scenes post is from may be seen in the project’s online portfolio page.

Rouge or rust is typically formed as microscopic crystals, varying from a roughly cubic shape to a more elongated fiber like shape. When using instances in LightWave 3D you need a model to be instanced. So I started by modeling three sets of crystals and fibers of varying sizes/shapes in different layers in modo. I generally do all my modeling in modo due to my preference for its highly interactive modeling GUI, but you could model these crystals right in LightWave 3D Modeler just as easily. These base models would then be randomly duplicated, rotated and placed by instance generators in LightWave 3D. 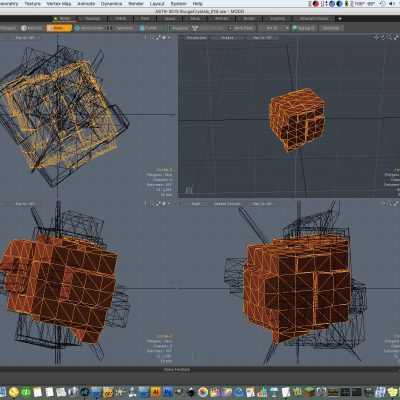 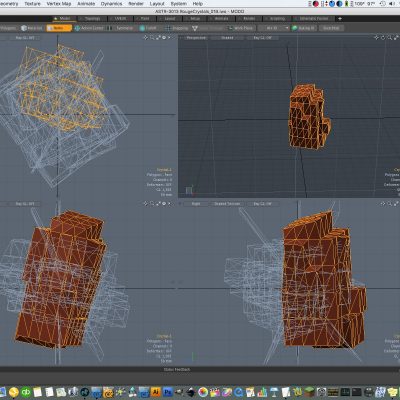 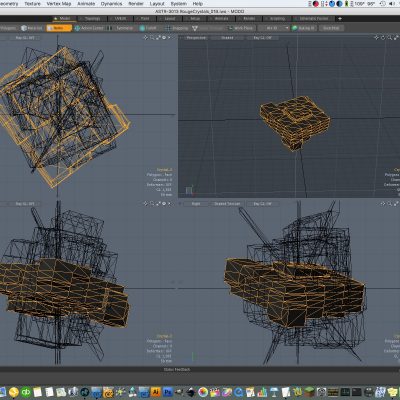 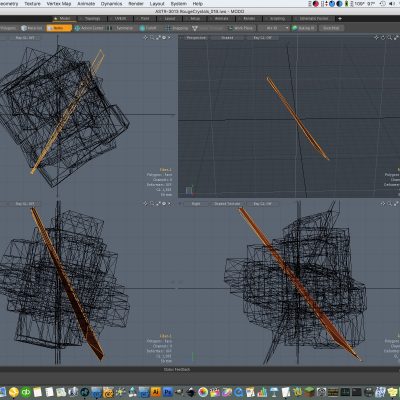 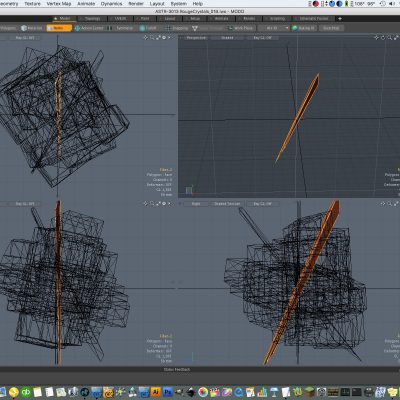 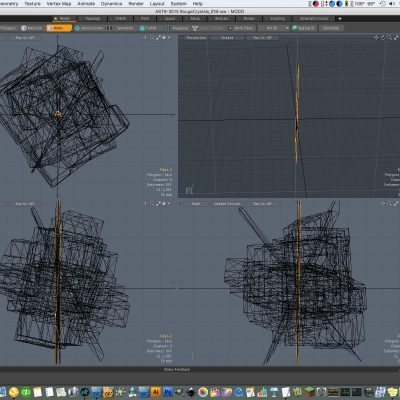 How to Use Instances in LightWave 3D 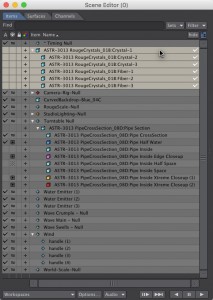 I then added the crystal model to LightWave 3D Layout with all the layers parented to the first layer. This way I could control the overall scale to have the crystals grow by scaling the first layer only. Due to a bug I encountered when using instances in LightWave 3D I was unable to animate the scale of the instances so as a workaround I animated the scale of the original objects instead. That worked fine. Because the inserted model would be used to generate instances rather than as direct objects I turned the object layers off and set them to invisible in the scene editor.

Once all the objects were in the scene I then used the Graph Editor to scale the parent layer of the crystal/fiber group so that all the crystals/fibers would grow over time. 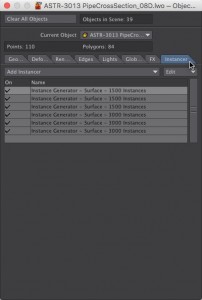 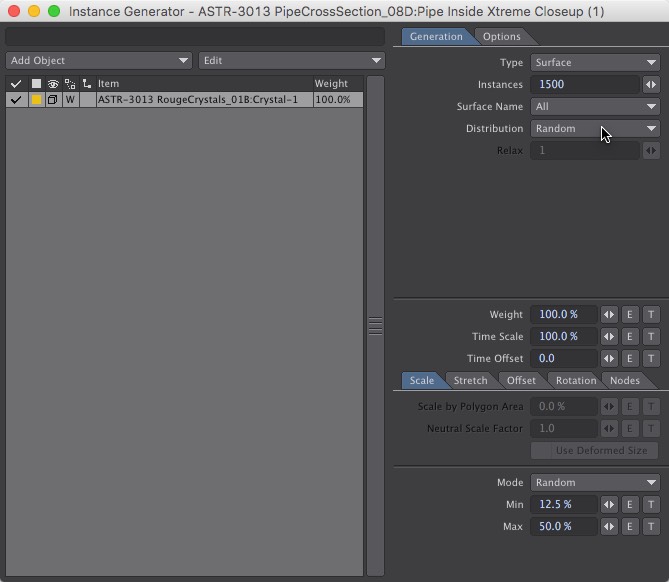 All the instance generators were set to Surface Type with a Random Distribution so that the instances would be distributed across the inner pipe surface. 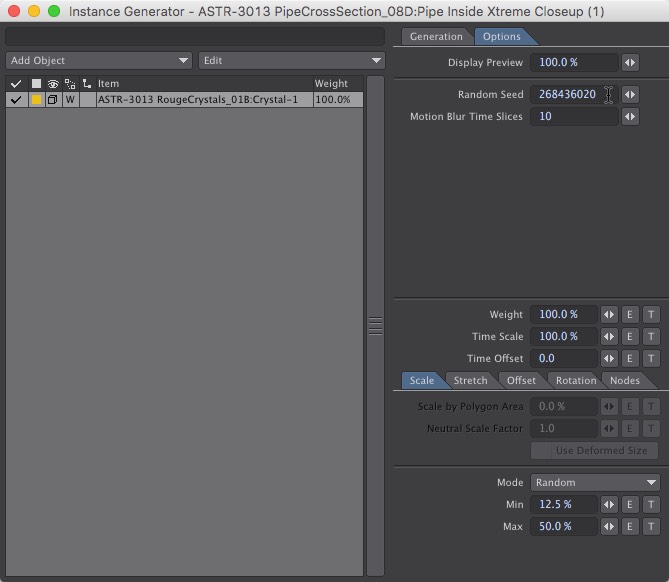 One important thing to remember when using instances in LightWave 3D with and instance generators to cover the same surface with different objects is to have each instance generator use a different Random Seed, otherwise each object will be created in the same place as the others. It doesn’t matter what the seed is, just that each is different, so I just drag the <> widget on each so they are all different.

3D Animation Clips of How to Use Instances in LightWave 3D

The following short clip shows the relevant portion of the video that is detailed in this post about how to use instances in LightWave 3D.

The full 3D animation may be viewed on our online portfolio page for the Astro Pak Derouging and Passivation 3D Animation. 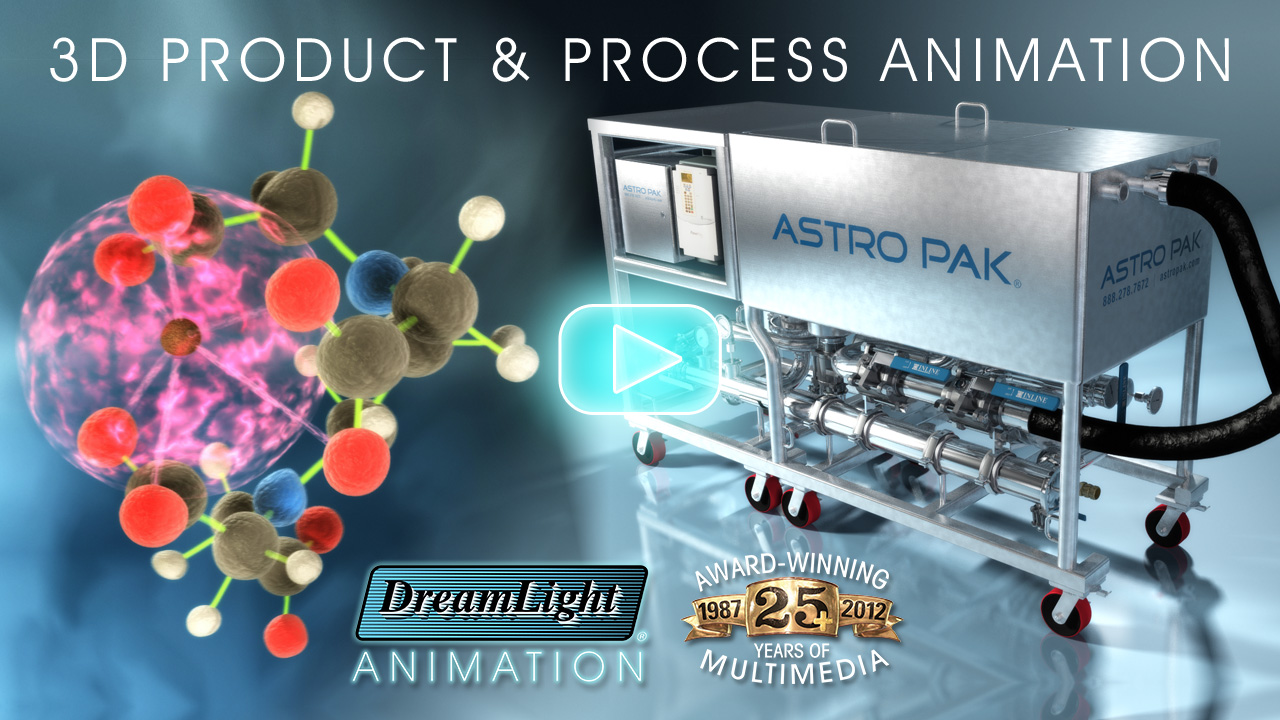