This Lighting Instances with Global Illumination Glowing Surfaces post is another in a continuing series of behind the scenes blog posts. They follow the production of the new director’s cut HD version of our 3D animated CGI short film – Fault Effect™. This short film is the pilot webisode from The Autiton Archives™ web series. The preliminary standard definition DV version of the CGI short film was produced for our companion book: Creating a 3D Animated CGI Short available on Amazon.com.

As seen in my previous blog posts I used the LightWave 3D plugin DP_Instancer to create the vast Instance Generator matrix along with an army of over 800K marching robots. While DP_Instancer can create instances of object hierarchies that unfortunately doesn’t include lights. 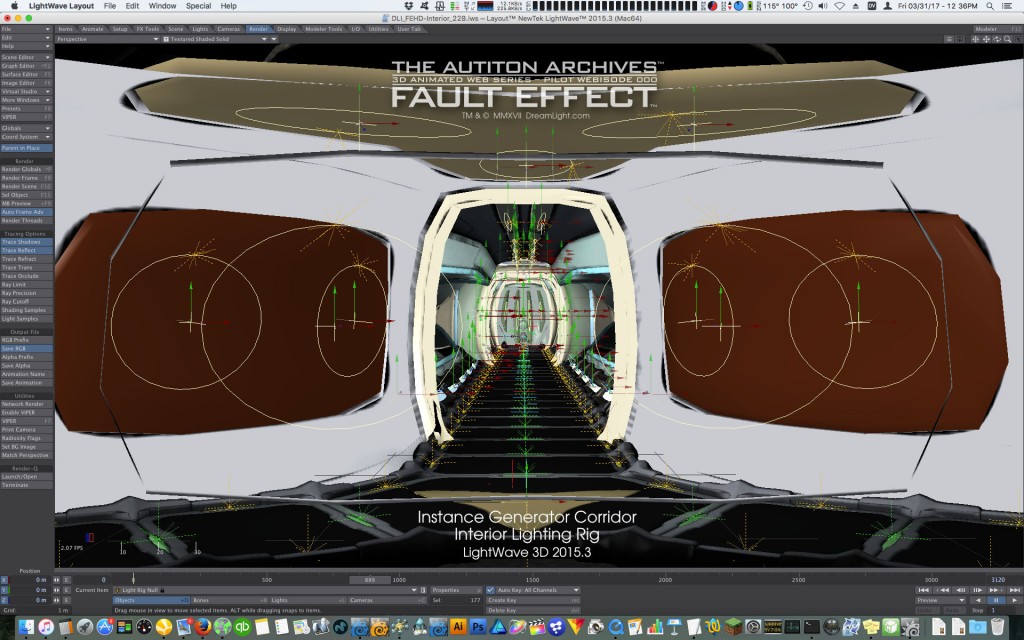 The interior corridor set used for all the interior shots of the film contains over 100 different lights including running lights along the floor boards, side lights, ceiling lights and other assorted lights. This intricate animated light rig is fully described in chapter 13: Lighting and Texturing the Interior Set — The Instance Generator Assembly Line, of the book. This complex lighting rig worked very well for shots inside one corridor but would be drastic overkill to light the inside of the vast Instance Generator lattice structure comprised of nearly 35K individual corridors. Rather than trying to light the vast structure of all the instances with over 300K lights I simply modified the surfaces to use luminosity. That way I could use global illumination from the luminous surfaces to have all the instances light themselves without using any lights at all. So I’ll be lighting instances with global illumination instead of lights. 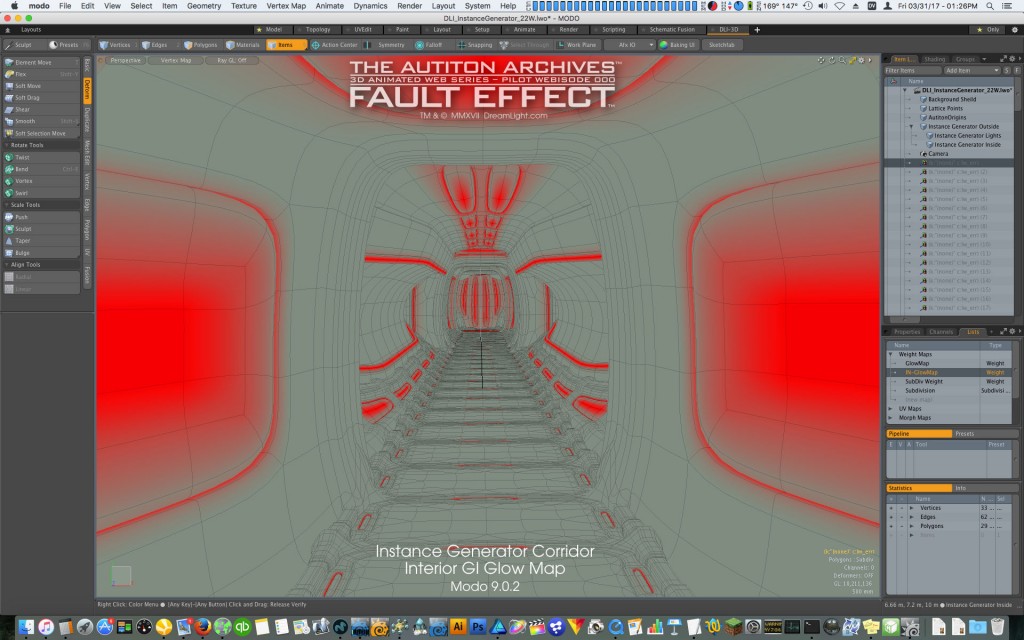 I created weight maps and used them as glow maps to drive the luminosity channel. This allowed me to accentuate and boost the glow from the luminous surfaces spilling out onto the surrounding surfaces. 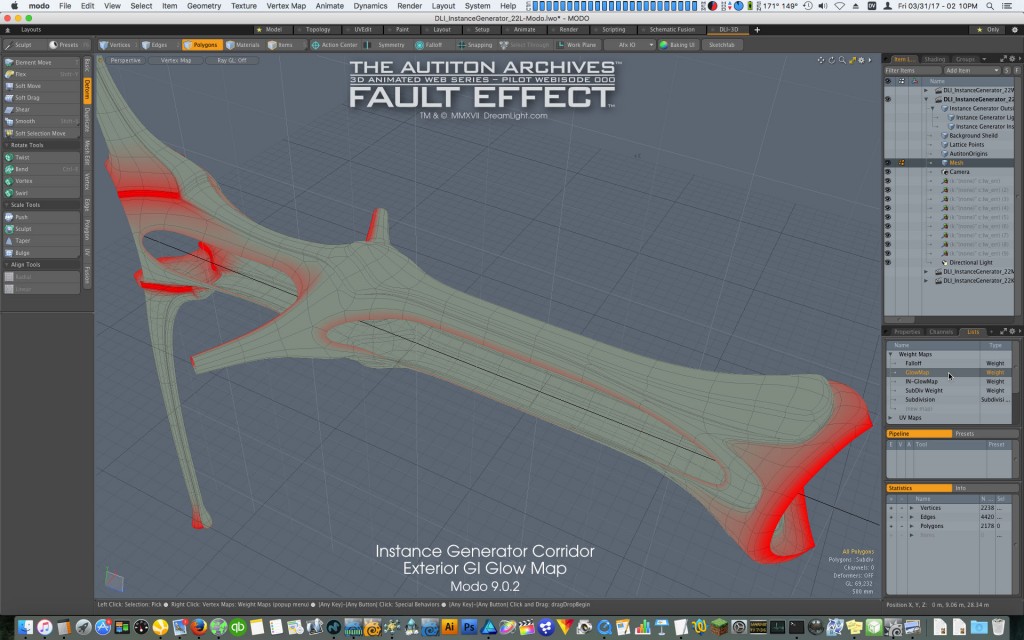 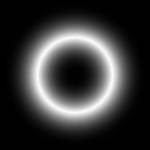 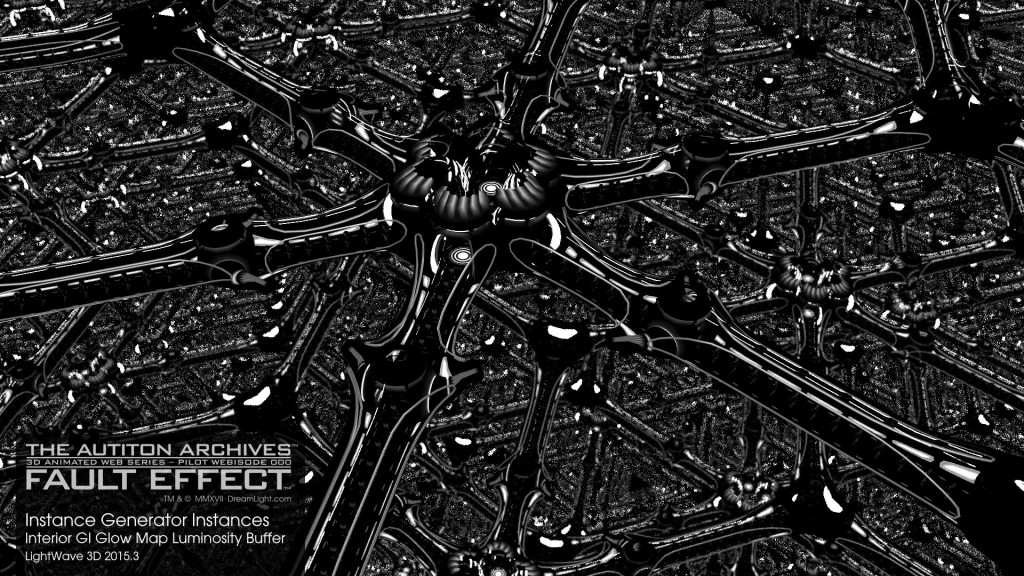 Above is the luminostiy render buffer from an interior instance render test. 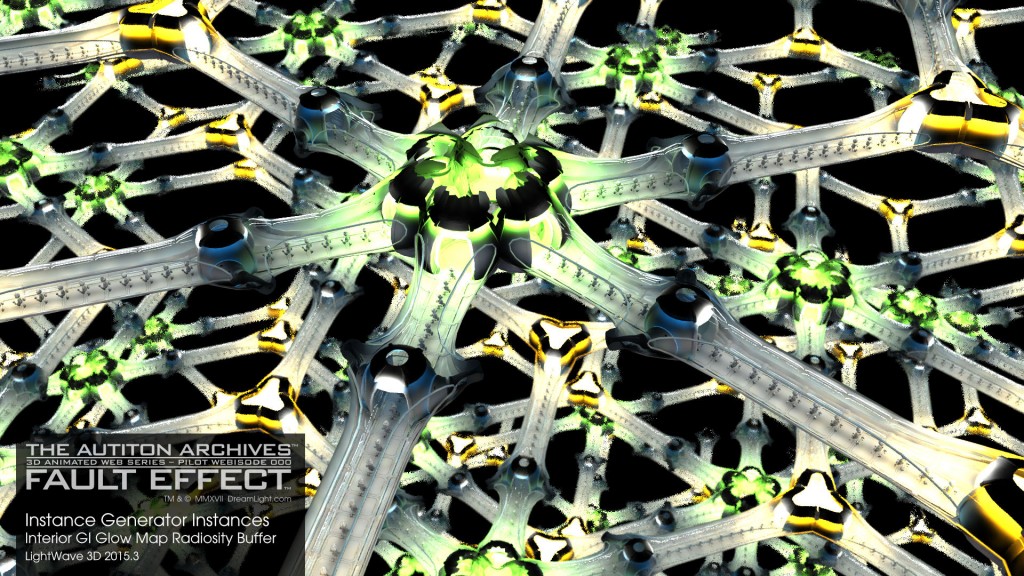 Above is the radiosity render buffer from an interior instance render test. 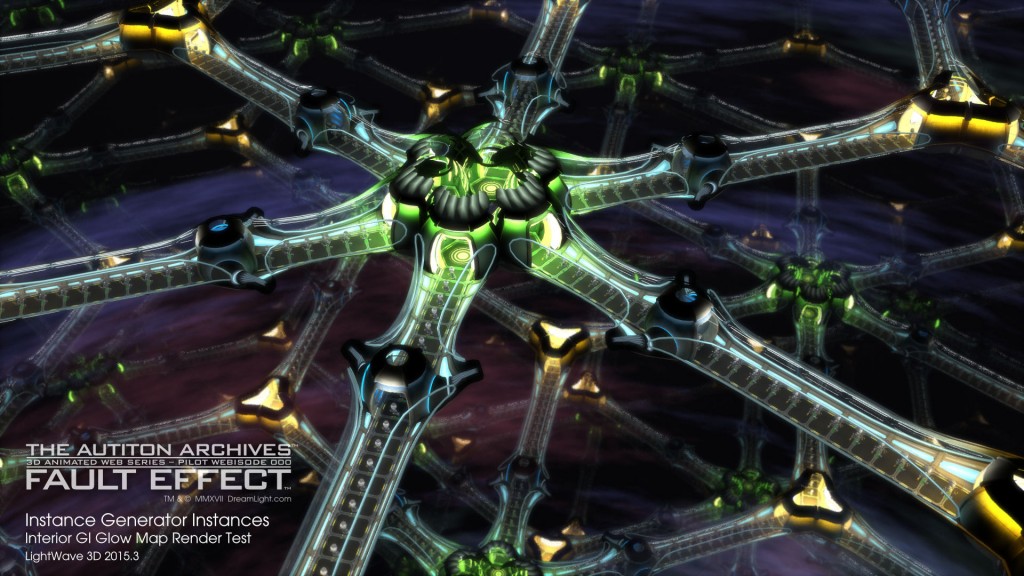 Above is the composite test of Lighting Instances with Global Illumination Glowing Surfaces and below is a short animated render test of the light pulse sequence. This GI lighting test has the external surfaces of the Instance Generator hex cluster turned off so that we could see the full extent of the interior GI lighting. The next step is to render the camera flying through the full Instance Generator lattice matrix with the exterior surfaces turned on and this lighting appearing inside the corridors through the windows.

If you found this brief behind the scenes blog post interesting you’ll love my whole book: Creating a 3D Animated CGI Short, The Making of The Autiton Archives, Fault Effect – Pilot Webisode. The book is over 500 pages chock full of detailed examples and insights from the production of my 3D animated CGI short film – Fault Effect. There’s a lot more information about this portion of the production in chapter 11: Designing the Instance Generator Lattice Exterior.