“We issued a tall order with a short turn around… everyone has been so pleased with the outcome. People who have seen the renderings feel as if they are actually standing in the midst of an existing campus.”

Winchester Hospital/College Street Partners needed 3D architectural visualization fly-by animations to convey what their proposed hospital development project would look like when completed and how it would fit into the surrounding environment. DreamLight took the architect’s original rough 3D plans in Google SketchUp files of the buildings and incorporated them into a virtual 3D landscape plan of the site. We then generated various 3D architectural visualization fly-by animations of the site and numerous 3D architectural visualization illustrations from a number of different vantage points including an aerial view where DreamLight composited the 3D buildings into an actual aerial photograph of the proposed site. DreamLight was able to quickly and efficiently incorporate various design alterations throughout the entire development process as the project was presented to various planning boards and public meetings. DreamLight’s 3D renderings and animations helped the developer secure all the necessary approvals for the project.

We also created 3D site fly through animations from the same models and sets used to create the still images. This is a great way to leverage the 3D architectural assets across a wide range of media formats.

NOTE: If you have a fast Internet connection you may change the video setting to HD.

Whether you need a 3D architectural visualization fly-by animations, 3D aerial views, 3D site plans or merging potential 3D CGI buildings into existing site photographs, DreamLight can work closely with your marketing and/or architectural team to convert your 2D building plans or 3D architectural files into photorealistic looking renderings that will bring your building and site designs to life for all your sales and marketing efforts on the Web, digital presentations, TV or film. 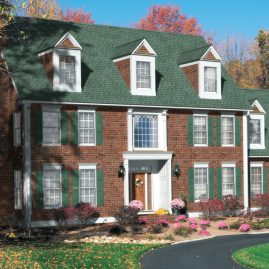