Drag-and-drop-dead-easy™ background rendering while you continue to work in LightWave Layout.

DLI SNUB Launcher works  by itself for drag-and-drop standalone background rendering with LightWave ScreamerNet LWSN on a single computer. It also works together with our network render controller – DreamLight Constellation, for cross-platform network rendering on Mac OS X Macs and Windows PCs.

I created DLI SNUB Launcher while updating my Mastering LightWave 3D ScreamerNet LWSN white paper (NewTek based the Mac network rendering chapter of the LightWave 3D manual on our white paper) and tutorials for ScreamerNet lwsn UB (Universal Binary for both PowerPC and Intel processors). After carefully writing out the explanations for how to configure and launch ScreamerNet lwsn in Terminal, I felt that it wasn’t quite Mac friendly enough. So I set about writing the original version of DLI_SNUB-Launcher as an Aqua GUI interface in Apple XCode to interactively build the command lines and launch multiple ScreamerNet lwsn render nodes for standalone, batch and network rendering. (Render nodes are instances of LWSN, normally one per computer.)  Now with version 2, I’ve rewritten DLI_SNUB-Launcher from the ground up in the cross-platform LiveCode in order to bring our famous drag-and-drop-dead-easy™ ScreamerNet rendering to LightWave 3D’s Windows users as well.

NewTek based the Mac section of the Distributed Rendering chapter in the LightWave 3D manual on our Mastering LightWave 3D ScreamerNet LWSN white paper.

The explanation in these docs is mainly written by Mike Scaramozzino from DreamLight Interactive and are published here with his kind permission. Mike has spent many years rendering using Screamernet and has created a tool to make it all much easier with no use of Terminal required. Visit his site at dreamlight.com and check out the DLI_SNUB-Launcher

Download the FREE LITE version of DLI_SNUB-Launcher™ to check it out today!

I really wished I’d filmed this… I’m already rendering !!! I literally got the license a few minutes ago …. that was the quickest time I’ve ever set up anything…

Screamernet has literally brought me to tears in the past – in the fetal position on the ground… I cannot believe how simple this was, how it gives you enough control to know what’s going on and shows you what it’s doing… wow..

I’m very happy with your product. Initially I was waiting for things to fail, or not work.. But it just worked. First time! I got my render back in one hour instead of 7!

p.s. In the past I was used to the IT people back at Digital Domain dealing with all of this, when we had literally thousands of machines at our disposal, I’ve now left LA and set up a studio in Nairobi, Kenya ! and I’m doing it all myself… Thank-you for making this part so simple, I was expecting insane headaches.

The FREE lite license version of DLI_SNUB-Launcher 2 is fully functional, with the following limitations. All custom settings may be used, but only the lwsn path will be saved when quit and re-launched. It is also limited to launching 1 ScreamerNet LWSN instance (render node) for rendering.

The standard (STD) registered license for DLI_SNUB-Launcher 2 enables fully functional saving of all custom settings between launches. The only limitation of the standard license is that it is limited to launching 5 ScreamerNet LWSN instances (render nodes) for network rendering at a single site.

The professional (PRO) registered license for DLI_SNUB-Launcher 2 enables fully functional saving of all custom settings between launches. The only limitation of the standard license is that it is limited to launching 10 ScreamerNet LWSN instances (render nodes) for network rendering at a single site.

The enterprise (ENT) registered license of DLI_SNUB-Launcher enables fully functional saving of all custom settings between launches and may also be used to launch a virtually unlimited number of ScreamerNet LWSN instances (render nodes) for network rendering at a single site. It’s technically limited to a max number of 99999999 nodes, which enables as many nodes as possible up to any limit of LightWave/lwsn itself.

Before ordering a registered license, please first download, install and test DLI_SNUB-Launcher to verify that it works as desired for your particular installation. The FREE lite version downloaded is fully functional other than the number of nodes is limited to 1 at a time and saving most custom settings between launches is disabled. Please test it with each type of node you wish to run, local, remote and/or cross-platform. Even though it’s limited to one node at a time, you may test it on each type individually, one at a time. Once you verify that DLI_SNUB-Launcher works as desired for your installation then you may order a registered license and a registration serial number will be emailed to you that you may copy/paste into the registration panel to unlock the purchased level of additional render nodes and saving of custom settings.

Pay by Credit Card or PayPal

Pay with Bitcoin for a $5 Discount

NOTE: Please be sure to include your correct e-mail address when you place your order. We will e-mail you the registered user name and serial number that you will need to enter in the registration panel. Orders are processed manually, typically within 1-2 business days, Monday-Friday. If you do not receive a registration e-mail within a few days please check your spam filters. Please download and test software BEFORE ordering a registered license.

It will next search for the config folder where LightWave’s config files are stored. For Mac users It will first look for a custom Preferences folder that you may have created inside the LightWave3D folder to use as the config folder. If not found, then the default config folder in the current user’s Application Support folder will be used instead.

The default config folder is found in the following location:

When found, the lwsn Path and Config Folder fields will be highlighted in green. If either is highlighted in red instead then it was not found successfully and needs to be manually set. To manually configure DLI_SNUB-Launcher for a custom configuration simply drag the ScreamerNet lwsn command line application to the lwsn Path button or field and/or drag your desired config folder to the -c Config Folder button or field. Then set any other settings as desired.

[NOTE: The FREE LITE version of DLI_SNUB-Launcher does not save custom settings between launches other than the lwsn Path setting. Any other settings that are manually configured will need to be reset each time it is launched unless you purchase a registered license.]

To drag-and-drop render a scene, simply drag-and-drop the scene file onto the DLI_SNUB-Launcher application icon on the desktop or the dock/task bar (no need to launch DLI_SNUB-Launcher first) and it will first open the new Scene Settings Panel where you may set the RGB Output path, image file name, image format and render range. When done it will launch lwsn to render the scene. It will prompt you to change the Content Folder if necessary.

For more examples of using DLI_SNUB-Launcher for standalone rendering, batch rendering and network rendering check out our quick-start tutorials.

If you ever wish to uninstall it, simply drag the DLI_SNUB-Launcher application file to the trash.

Tested with LightWave 3D 11 and Mac OS X Snow Leopard 10.6.8. Works fine but NewTek changed the name of ScreamerNet to LWSN and changed its location to the bin folder, so manual configuration is required because the defaults are no longer valid. I’m currently in the process of updating it for newer LightWave 10/11 defaults and testing for use with Lion. The update and will be posted once available.

Tested with LightWave 10 and Mac OS X Snow Leopard 10.6.Works fine but NewTek changed the name of ScreamerNet to LWSN and changed its location to the bin folder, so manual configuration is required because the defaults are no longer valid.

Updated and tested with LightWave 9.6 UB. Also fixed a minor bug where editing some text fields would not update the actual value if the panel was closed while the field was still being edited.

Recompiled in XCode 3 on Mac OS X Leopard version 10.5.2. Added a version check to prevent it from running on Mac OS X versions older than Mac OS X Tiger, version 10.4.0. Previously it would launch on 10.3, but generate errors due to missing components in that version of the OS.

Fixed a minor bug where dragging & dropping scenes onto the Open Scene mode -3 button or the DLI_SNUB-Launcher icon while the mode -2 drawer was left open could try to render the scenes in mode -2 instead of mode -3. Fixed it to close the drawer first, so that it would be in the proper mode.

Always verify that you have the latest build of DreamLight Constellation and/or DLI_SNUB-Launcher based on the version numbers. Download and install the latest version if you’re running an older version and retest any issues with the latest version. We often fix any bugs we find or that are reported by users and post new builds with fixes as soon as possible. You may also review the Version History to see if a fix for any issue you may have encountered is reported as fixed.

If you’re having trouble getting ScreamerNet lwsn to work with DLI_SNUB-Launcher, please test rendering the included DLI_SuperBalls test scene tutorials first. Start with the Standalone Rendering tutorial and then the Batch Rendering tutorial. This will show you how to use DLI_SNUB-Launcher properly by testing it on known content in a known configuration. Many problems turn out to be problems with your custom content or custom configuration, often with network access and/or read/write permission issues to your network content.

Next review our Mastering LightWave 3D ScreamerNet LWSN white paper, going through all the included tutorials to be sure that you’re configuring ScreamerNet and preparing your scenes correctly for ScreamerNet rendering.

Also verify that all nodes are using proper paths that are valid for all nodes and users across the network and that read/write permissions are set correctly for all users, files and folders.

All computers must have read access to the same Content Folder and they must all have read/write access to the same Commands Folder and RGB Output Folder. All the paths must be identical to each of those folders for each lwsn node on each computer. If you wish to use different local/remote paths or mixed cross-platform paths then you would need to use a third-party render controller because LightWave Layout’s built-in Network Render panel does not re-map paths for local/remote or cross-platform support.

All settings are saved in the DLI_SNUB-Launcher preferences file found in the following locations:

If you’ve verified that your configs and scenes are set up correctly, and you’re still having problems with DLI_SNUB-Launcher, the next thing to try is to delete the DLI_SNUB-Launcher preferences file to verify it hasn’t become corrupted. Then launch and set up all your DLI_SNUB-Launcher settings again.

What DLI_SNUB-Launcher does is build the ScreamerNet command line and then launch lwsn. Once lwsn is launched and running DLI_SNUB-Launcher is no longer involved, in any matter whatsoever, so if lwsn is crashing or having other issues like not saving images, that wouldn’t be related to DLI_SNUB-Launcher itself but would most likely be incorrect paths, incorrect permissions, a bug in lwsn, problems with the content being rendered or plugins that are being used.

Please report any issues or problems through our Contact Form. While we can’t troubleshoot your custom setup, we can often point you in the right direction and we respond to email support inquiries as soon as possible.  We do not have telephone tech support, so no phone calls please.

DLI_SNUB-Launcher™ is exclusively intended for use by the original purchaser and is non transferable. By downloading DLI_SNUB-Launcher you are agreeing to these restrictions.

DLI_SNUB-Launcher is a commercial utility. It is not in the public domain. It remains the property of DreamLight Incorporated. It may not be distributed, redistributed, posted for downloads, sold, used as an inducement to purchase any other items, bundled with any other items or altered in any way without the express written consent of DreamLight Incorporated.

Thank you for your continuing support! 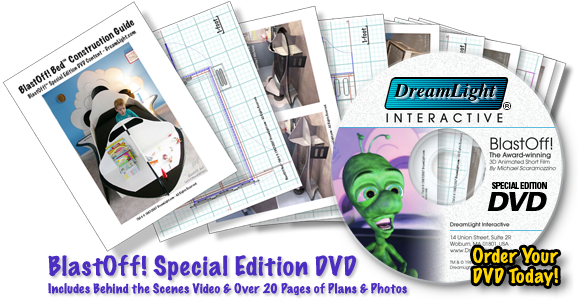